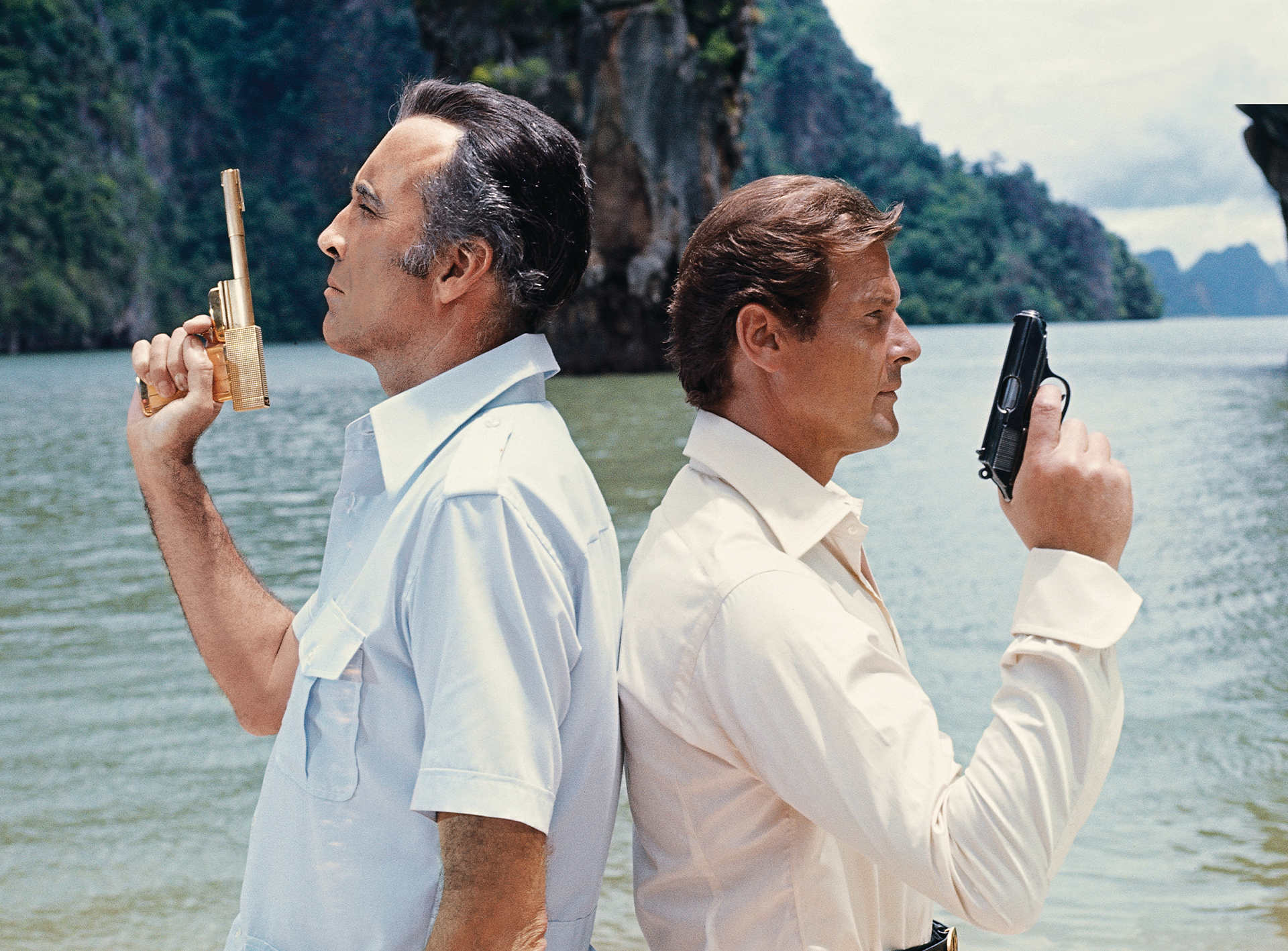 The Man With The Golden Gun was originally slated to be the follow-up to You Only Live Twice with the shoot planned for Cambodia. When civil war broke out in the African country, the project was shelved for six years. Renowned for its colourful villain played by Christopher Lee, stunning locations and thrilling chases by boat and car, it was the last 007 film that Albert R. Broccoli and Harry Saltzman produced together.

The producers brought back Live And Let Die director Guy Hamilton and writer Tom Mankiewicz. The script was informed by current events: the 1973 Yom Kippur-Ramadan War created the OPEC oil embargo that sparked an energy crisis that played into the film’s backdrop. Mankiewicz shared writing duties with Richard Maibaum, who enlisted, now Bond Producer, Michael G. Wilson (an engineer in training at the time) who helped to help clarify some of the science in the story.

The casting of Francisco Scaramanga, the titular assassin, was crucial. Writer Tom Mankiewicz suggested Jack Palance but Hamilton wanted Christopher Lee, aptly enough a cousin by marriage to Ian Fleming — Roger Moore knew the actor from their early days sharing a dressing room at Denham Studios. Britt Ekland was a certainty to play Mary Goodnight having discussed the role with Broccoli before the screenplay was written. Swedish model Maud Adams was cast as Andrea Anders in the first of her two appearances in the series (she was later the title character in Octopussy). For the role of henchman Nick Nack, Hamilton chose Hervé Villechaize and, following the success of Live And Let Die, Clifton James reprised his role as Sherriff J. W. Pepper, this time holidaying in Bangkok.

The production assembled in Bangkok in mid-April 1974, staying in rugged accommodation in the remote village of Phang Nga. Filming started on the Khow-Ping-Pan Island, the location for the exteriors of Scaramanga’s lair. The unit returned to the mainland to complete two complex action set pieces, a longtail boat pursuit through the city’s floating market and a car chase with Bond tailing Scaramanga. The latter was graced with one of the most dangerous, spectacular stunts in the series.

Broccoli and Saltzman licensed a stunt designed by Raymond McHenry on a computer inspired by his research into single vehicle accidents. The stunt, known as the Astro Spiral Jump, had been showcased at stunt shows across America. Working with stunt show designer W.J. Milligan and Production Designer Peter Murton sections of a collapsed wooden bridge were precisely engineered to double as a ramp. Stunt driver Loren “Bumps” Willert performed the leap seamlessly in one take, the first time he ever attempted the stunt.

The Man With The Golden Gun opened on December 19, 1974. It premiered on December 19 in the UK and the US and grossed $98 million, a huge amount for its day. An interesting bi-product of the film’s success was sparking interest in Phuket as a tourist destination. In fact Khow-Ping-Pan (sometimes called Khao Phing Kan Island) gained a new name — James Bond island.