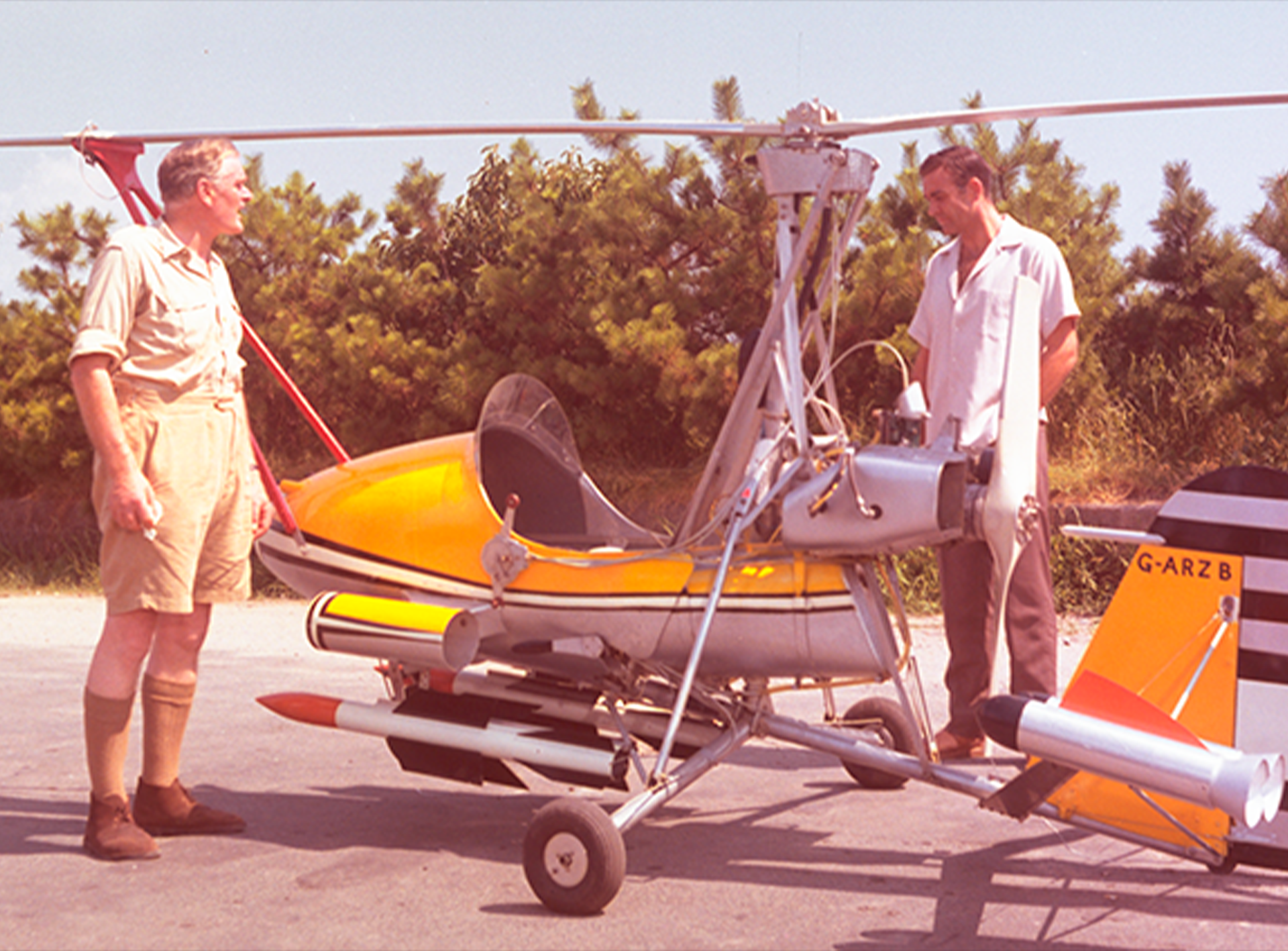 Producers Albert R. “Cubby” Broccoli and Harry Saltzman wanted You Only Live Twice to surpass the expectations of an audience flush with a glut of Bond competitors in movie theatres and on television. Initially, Broccoli and Saltzman hired television writer Harold Jack Bloom to adapt Fleming’s novel. They then invited famed short-story writer Roald Dahl, who had been friends with Fleming and shared story ideas with him over the years, to write the final script. By 1966, the development of the script had become a group effort. They created the most fantasy-laden Bond adventure of the 1960s, an epic film that reflected the immense global success of 007.

To direct the film, Broccoli called Lewis Gilbert, who had recently won many accolades for Alfie (1966). Gilbert’s expertise with epic films proved he could handle a production the size of a Bond adventure.

Production designer Ken Adam played a key role in the film’s development, traveling to Japan with Broccoli, Saltzman, and Gilbert for location scouting. In Tokyo, they ran into former Bond editor Peter Hunt. Seizing the moment, Broccoli talked Hunt into returning as a second unit director.

While location scouting in Japan by helicopter, the filmmakers spotted a string of volcanoes. Broccoli suggested that the villain could be hiding a rocket base inside one of them. Ken Adam soon drew up plans for the largest enclosed set ever built, Blofeld’s volcano rocket base, which would tower 120ft over Pinewood Studios in England. The set required more structural steel than the London Hilton, housed a working monorail and had a retractable roof large enough to allow a helicopter to fly in and out.

The battle in Blofeld’s volcano proved a major challenge. First, the Academy Award-winning cinematographer Freddie Young had to light an area spanning more than 450ft for the wide shots. He needed virtually every light at Pinewood Studios to do it. The script called for invading Japanese ninjas to abseil down ropes from the top of the set, a 12-story drop. Future Bond second unit director Vic Armstong, using a piece of rubber tubing around the rope to slow his descent, became the first to make the drop.

The film was a triumph at the box office and represented the culmination of a period of remarkable productivity for Broccoli and Saltzman. In just over four years and half years, the Producers had premiered five 007 adventures, creating a phenomenon unequalled in film history.