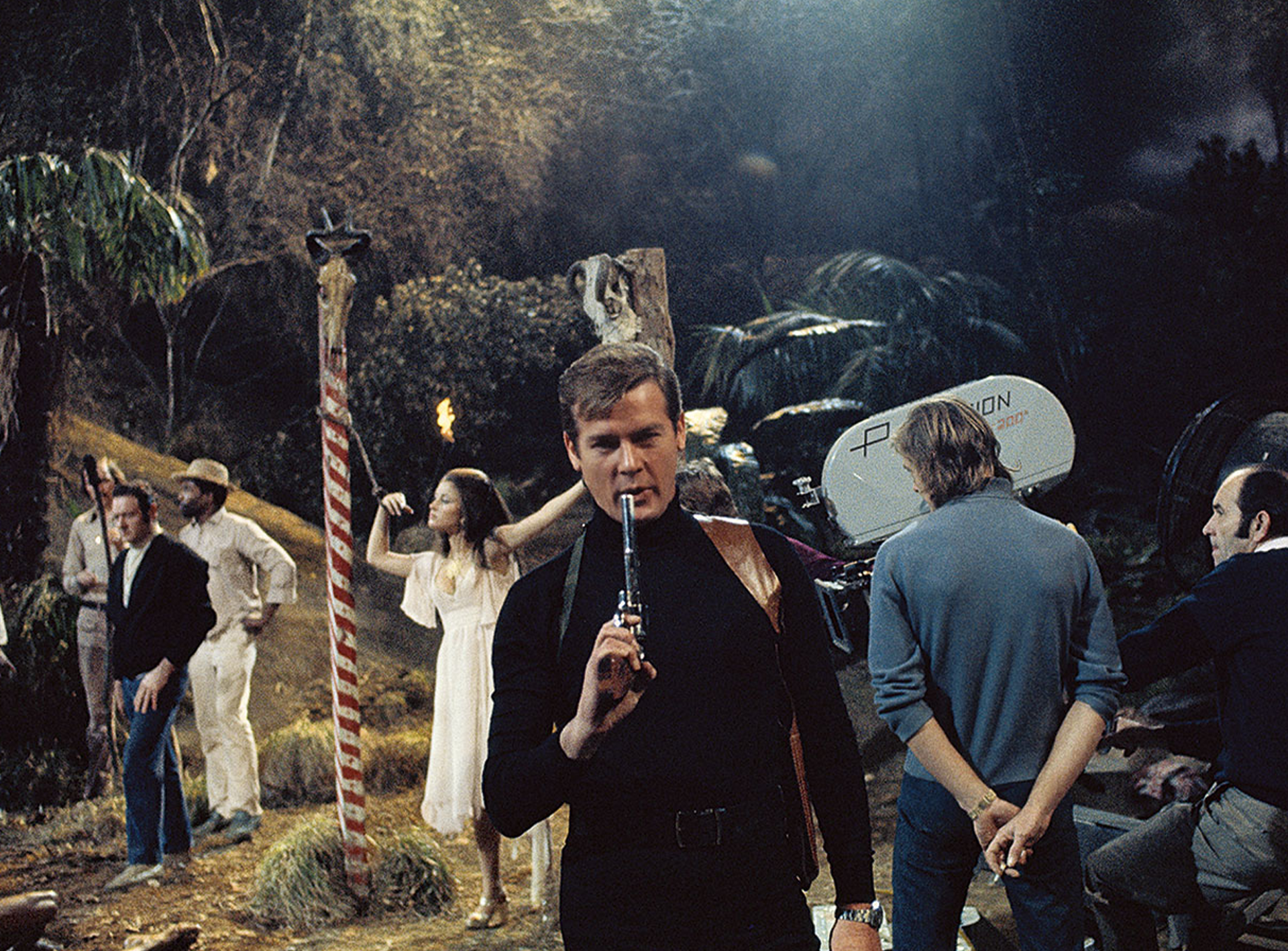 With Sean Connery deciding not to return after Diamonds Are Forever, Cubby Broccoli and Harry Saltzman worked with United Artists President David Picker to look for a new 007. Jeremy Brett, Julian Glover and David Warbeck all auditioned yet ultimately the producers cast Roger Moore. The actor was Ian Fleming’s choice to play Bond in 1961 and, as Simon Templar in The Saint, played a character who shared many traits with Bond — debonair, adventurous, and unflappable.

For Moore’s first adventure, the filmmakers chose Live And Let Die, the second Fleming novel written in 1954. Tom Mankiewicz updated the novel’s plot about smuggling 17th Century gold coins to something more contemporary. Dr. Kananga, president of San Monique, under the guise of gangster Mr. Big, is flooding the USA with two tons of free heroin to put the competition out of business leaving him free to control the drug’s supply. Investigating the death of three British agents, Bond travels from New Orleans to San Monique where he foils Kananga’s plot and rescues voodoo priestess Solitaire.

A tour of the Caribbean embellished the script, the research uncovering voodoo ceremonies in Haiti and a large crocodile farm whose gate bore a sign ‘Trespassers will be eaten’. The farm’s owner Ross Kananga, impressed the production team and his facility was used not only as the location for a major action sequence but he agreed to double for Bond and run across the backs of three crocodiles — after the first take, the crocodiles started anticipating Kananga’s movements and one of them actually bit the heel of his shoe. The producers also liked his name and Mr Big’s alter ego became Kananga instead of Jakata.

Filming began on Friday October 13 1972 in the Irish bayou in Louisiana shooting the boat chase between 007 and Mr. Big’s henchmen, the most complex chase of its kind ever conceived. 26 boats were used in all — stunt driver Jerry Comeaux set a world record leaping a Glastron GT-150 150ft over a road — with 17 boats destroyed in the action. Filming moved in late 1972 to Jamaica utilising some of the same locations as Dr. No. Some scenes were also shot adjacent to Goldeneye, Ian Fleming’s residence where he penned the novel.

Regular Bond composer John Barry was unavailable to compose the score so Broccoli and Saltzman sought out Barry’s friend George Martin, the producer of The Beatles. Martin worked with Paul McCartney and Wings to create the memorable theme, which became the biggest Bond song to date reaching No. 2 on the US Billboard chart and No. 7 on the UK chart. It also received an Oscar nomination.

Live And Let Die was a huge success, outperforming the two previous Bond films overseas. But perhaps most significantly, it introduced Roger Moore as the natural successor to Sean Connery, a role he would make his own for the next 12 years.