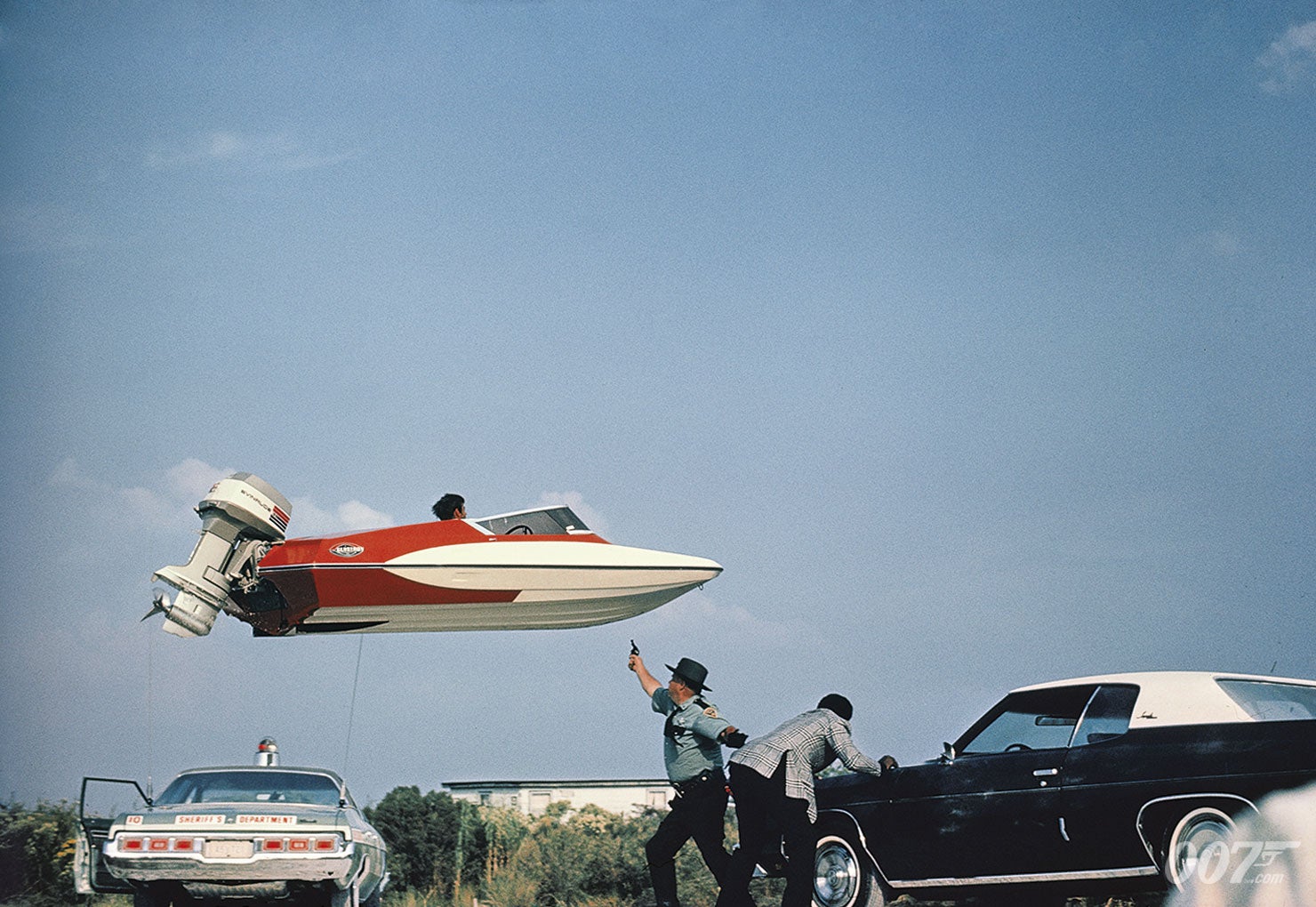 The sequence sees Bond, having just set fire to a drugs factory, evade Dr. Kananga’s men by stealing a speedboat and heading out into the Louisiana Irish Bayou. Screenwriter Tom Mankiewicz recalled how the sequence was conceived: “I knew there was going to be a boat chase and until we almost started shooting, it just said, ‘The most terrific boat chase you’ve ever seen,’ because I never got around to writing it. That really happened as a result of going around the bayous and seeing the different stunts they could do.”

There were 26 boats used in the sequence, leaping across roadways and skidding across lawns. By the time the shoot was complete, 17 boats were destroyed. For the first part of the chase, Bond drives a Glastron GT-150, then, after a bullet punctures the propeller fuel tank, he swaps it for a CV-19. To let Director Guy Hamilton capture close-ups of Bond travelling at speed, Roger Moore learned to drive the boats. Although the actor didn’t emerge unscathed. During rehearsals, he drove the CV-19 into a boathouse on the shore, fracturing his tooth in the accident.

On 15 October, the piece de resistance of the set-piece saw stuntman Jerry Comeaux perform a boat-jump over Highway 39 at Crawdad Bridge over Sheriff J. W. Pepper and his car. To test the stunt was safe, the crew recreated the levee and the police car, even making a J.W. Pepper out of bamboo. The idea was that if the stunt could be performed three times without mishap, it would be safe to put an actor in there.

A crowd gathered to watch the stunt. On the second take Comeaux’s boat took off on a 40ft leap, hit the water, skidded in the wake of another boat and flipped up onto the bank but fortunately no-one was hurt. The impact of the completed stunt surprised even Comeaux. “When I finally saw film of the leap it scared the hell out of me,” he remembered.

The GT-150 is on display at Bond in Motion at the London Film Museum: