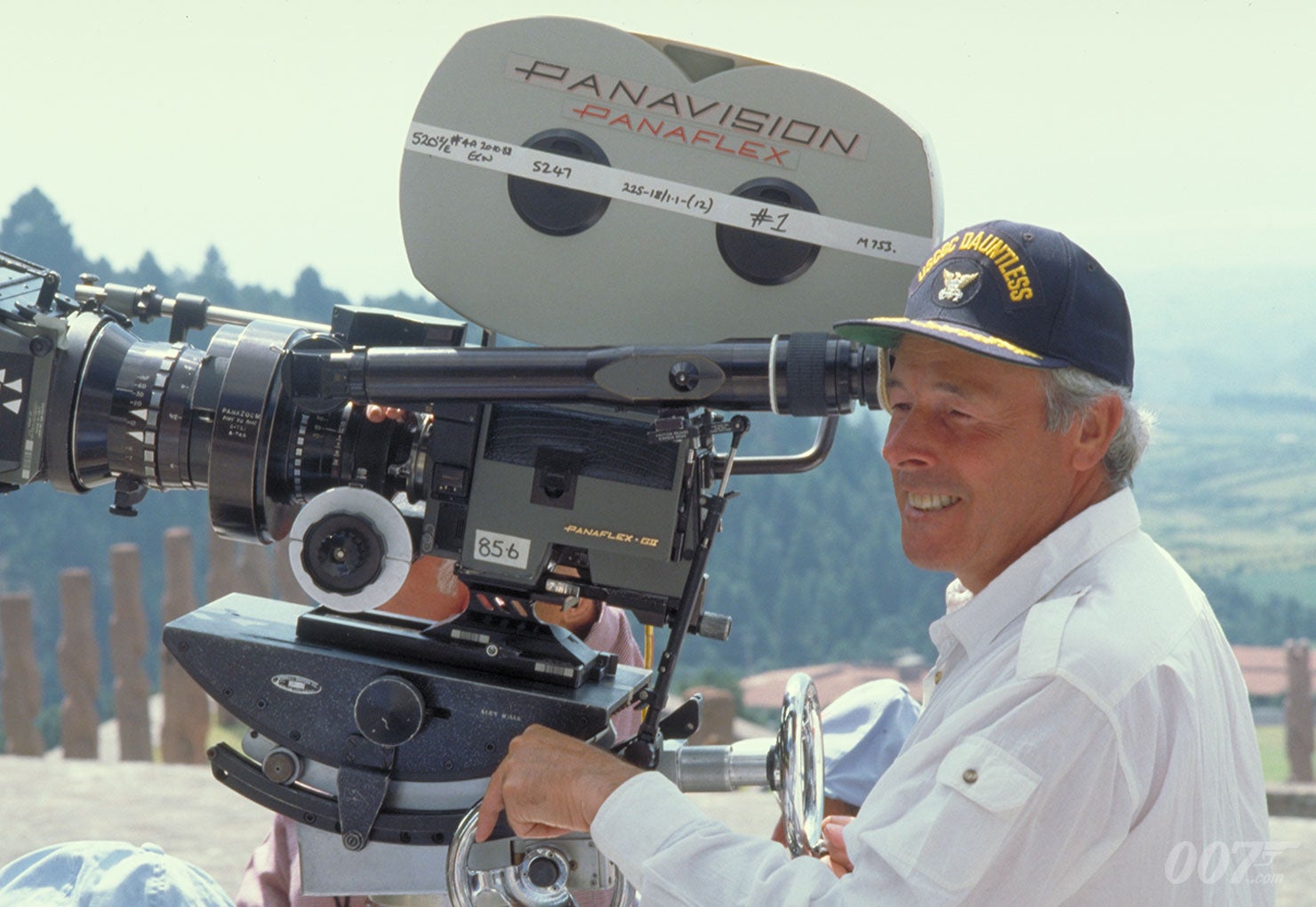 John Glen currently holds the record for directing the most Bond films of any director. His five films are marked by bringing a more grounded, realistic feel to the series while still retaining the trademark glamour and adventure.

Born in 1932, Glen started work in the film industry as a messenger at Shepperton Studios for Producer Alexander Korda. In 1947, he started work in cutting rooms, first as a runner, then as an assembly editor on such films as The Third Man (1949) and The Wooden Horse (1950).

Following a two-year stint in the Royal Air Force, he re-entered the film business as a sound editor and worked his way up to Second Unit Director on British television series Danger Man and Man In A Suitcase.

Glen’s big break came when Peter Hunt, Director of On Her Majesty’s Secret Service (1969), offered him the chance to direct the second unit and edit the film. Glen’s work on the thrilling bobsled chase sequence greatly impressed Bond Producer Albert R. “Cubby” Broccoli. Glen subsequently worked as Editor/Second Unit Director on The Spy Who Loved Me (1977) — he directed the classic Union Jack parachute jump — and Moonraker (1979), earning the reputation as a master of action filmmaking.

Glen was chosen to direct For Your Eyes Only (1981), bringing a ‘back to basics’ espionage driven approach following the extravagance of Moonraker. After the final two Roger Moore adventures, Octopussy (1983) and A View To A Kill (1985), Glen directed Timothy Dalton in The Living Daylights (1987) and Licence To Kill (1989) lending the character further realism and edge.