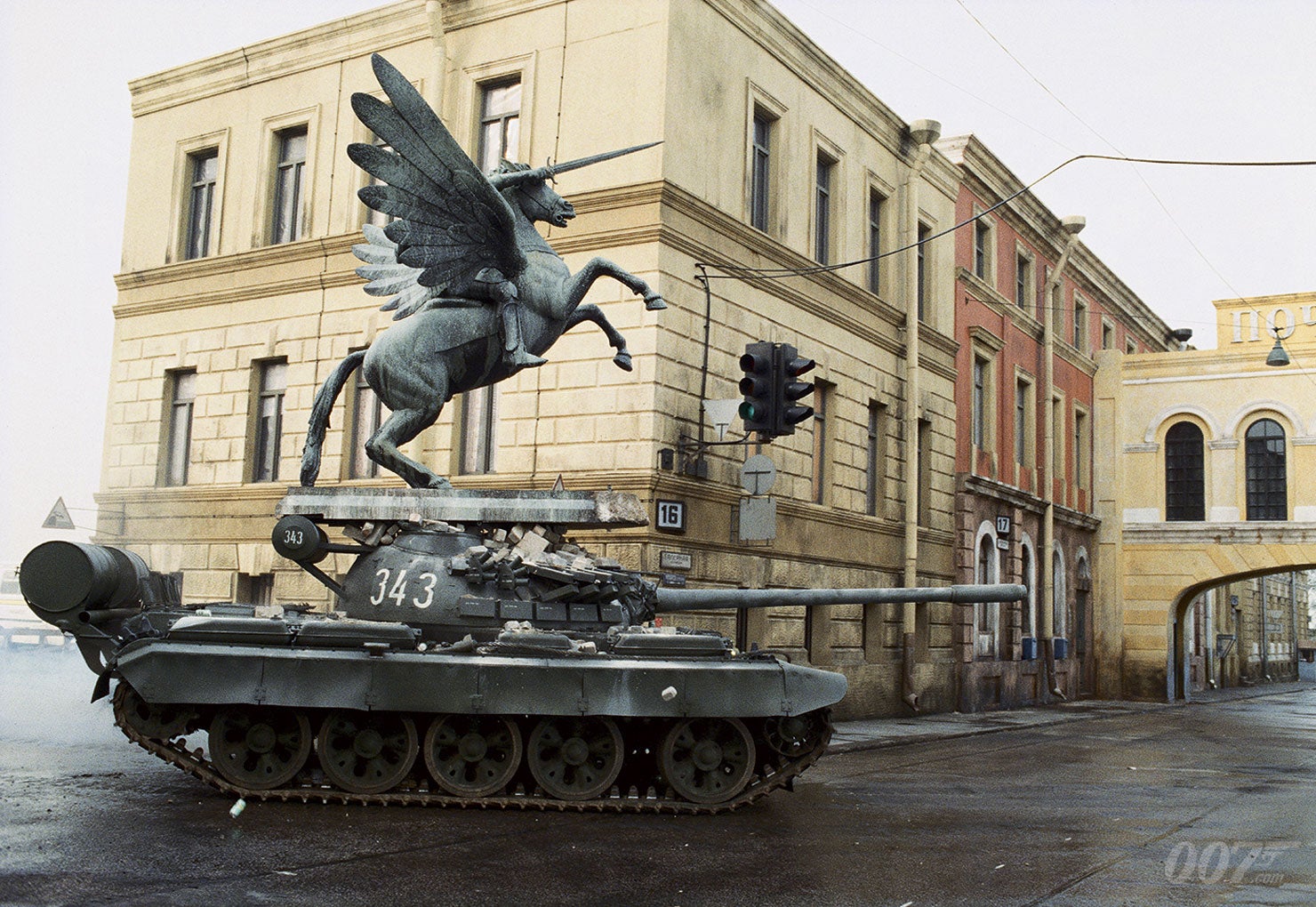 The sequence sees Bond (Pierce Brosnan) in a tank careening through the streets of St. Petersburg in pursuit of Colonel Ourumov (Gottfried John), who has Natalya Simonova (Izabella Scorupco) held captive.

The St. Petersburg city authorities had concerns about damage to streets and historic buildings so the filmmakers undertook an engineering analysis to see if the sequence could be completed safely. Using the utmost care, the crew staged stunts and explosions in the heart of the city.

This sequence was augmented with shots staged on a two-block stretch of a St. Petersburg street and recreated by Production Designer Peter Lamont at Leavesden Studios in just over six weeks. Perhaps the most complicated stunt in the whole sequence involved Bond driving the tank into a lorry carrying Perrier cans and then into a statue of Tsar Nicholas on a winged stallion that gets scooped up on top of the tank. In the first instance, two crew members spent a week emptying around 90,000 cans of Perrier for the stunt sequence to prevent a fizzy explosion on impact. Then to affix the statue to the tank, special effects supervisor Chris Corbould attached a loop beneath the statue in the hope that it might catch.

“We came up with other complex and complicated methods, but I thought: ‘This one is worth a go,“ recalled Corbould. “We drove the tank at it and the statue stuck on the first tank.”

Stunt man Gary Powell drove the tank, often reaching speeds of 35 mph. Each shot was captured with a minimum of four cameras (and on one occasion six cameras) because the spectacular action was often unrepeatable.

“The tank is like Frank Sinatra,” quipped director Ian Sharp. “He only does one take.”