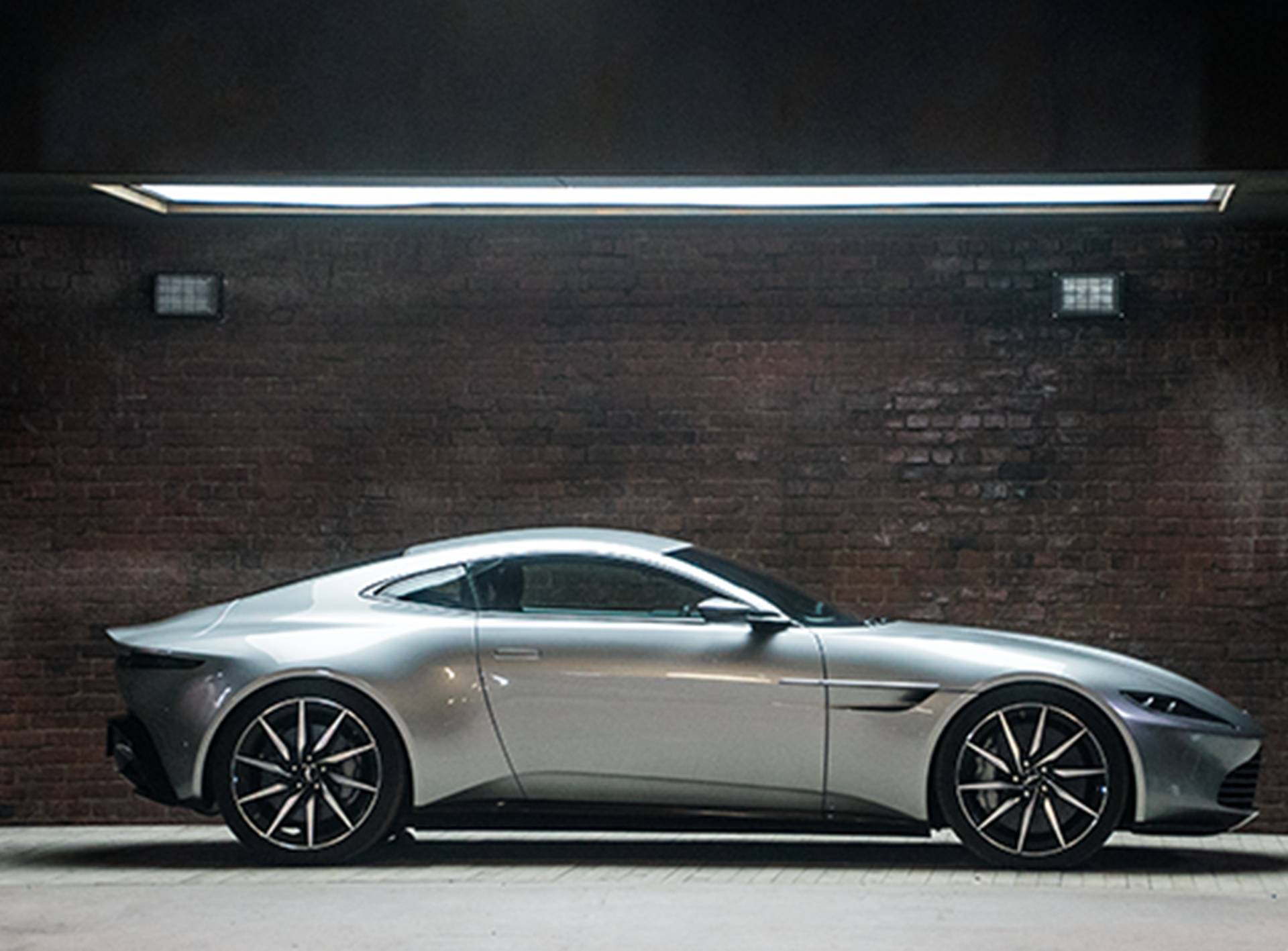 The 24th James Bond movie, Spectre, marked a milestone in the 50-year relationship between the film series and the car manufacturer Aston Martin who, for the very first time, built a car specifically for the film. The likes of the iconic DB5, which debuted in 1964’s Goldfinger, the DBS from 1969’s On Her Majesty’s Secret Service and the V8 Volante from 1987’s The Living Daylights — to name but a few — were all cars that were available for public purchase. The DB10, however, was something else entirely.
The DB10 is a concept car. The chassis is based on a modified V8 Vantage, though with a longer wheelbase, and it boasts a 4.7-litre V8 engine. It has an estimated top speed of 190 mph and can get from 0-60mph in just 4.7 seconds. In Spectre the car was originally intended for 009 and came equipped with rear flame thrower, hidden rear mounted gun and ejector seat.
The DB10 is the sixth different Aston to appear in a James Bond movie, and only ten of these concept cars were built. Eight were employed to film key scenes in Spectre, while the other two were manufactured for promotional use. One of the promotional vehicles was auctioned off for charity in 2016 where it sold for just over £2.4m. Proceeds from the sale benefited Médecins Sans Frontières (MSF).
The car features in a breath-taking night chase that careens through the streets of Rome, as Hinx (played by Dave Bautista) gives chase in a Jaguar C-X75, another high-tech concept car.
You can see one of the Aston Martin DB10’s at Bond In Motion londonfilmmuseum.com/