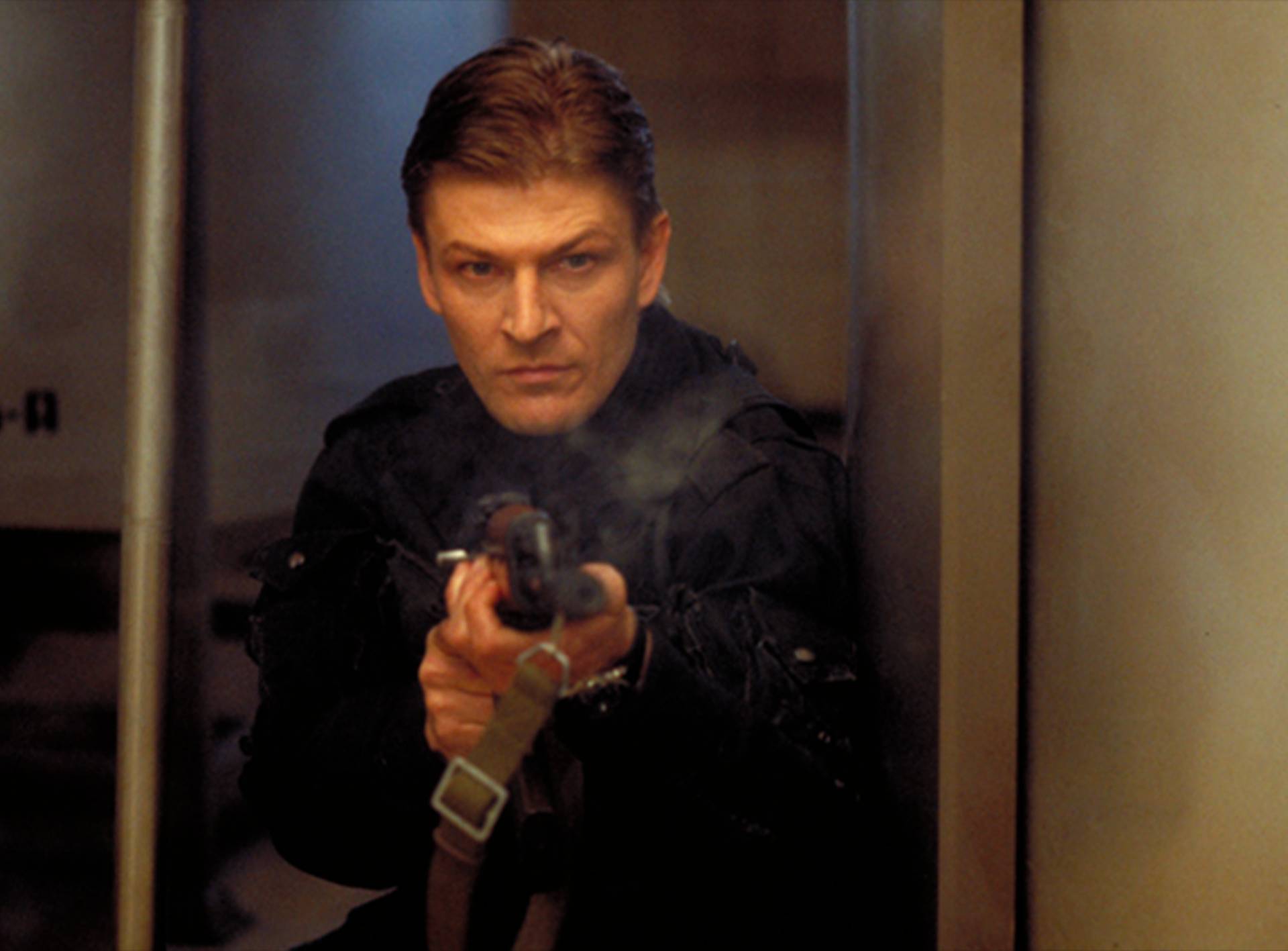 Alec Trevelyan (Sean Bean) launches a plot to destroy London as revenge for the betrayal of his parents by the British Army at the end of World War II. Trevelyan’s parents were Cossacks who opposed Stalin and fought with the Nazis. When the British captured many Cossacks in Austria, they were turned over to the Soviets who swiftly executed them. Trevelyan’s parents survived, but his father could not live with the shame and killed himself and his mother.

Trevelyan quickly rose through the ranks of MI6 to become 006. While MI6 knew about his parents’ fate, the service believed he was too young to have been affected by what had happened.

Trevelyan accompanies Bond on a mission to the Soviet Union to destroy the Arkangel Chemical Weapons Facility, managed by Colonel Ourumov. The raid gives Trevelyan an opportunity to fake his own death. While the original plan anticipated the capture of Bond, 007 escapes and causes an explosion that scars Trevelyan.

After the fall of the Soviet Union, Travelyan and Ourumov sell arms to illegal clients, such as Iraq. Trevelyan calls himself Janus after the two-faced Roman god, and makes his residence on an armoured train once used to transport nuclear missiles.

All this is a prelude to Trevelyan’s master plan: to transfer billions of pounds from the Bank of England and set off the electromagnetic pulse space weapon GoldenEye over London to erase any record of the transaction. With the aid of hacker Boris Grishenko, assassin Xenia Onatopp, and Ourumov (now a General), he organises a massacre of staff at the Russian Space Weapons Centre, Severnaya, in order to obtain the GoldenEye satellite system. A minor hitch occurs when one of the staff, Natalya Simonova, survives. This draws 007 to Russia. Trevelyan meets Bond once again after Xenia Onatopp fails to kill him. Trevelyan ends up in Severnaya’s sister control station in Cuba, where he and Bond fight to the death on a giant satellite dish transmitter. Competitive to the last, Trevelyan taunts 007: “I was always better.” Bond responds by dropping his former friend and colleague from the antenna, which falls and crushes Trevelyan to death.