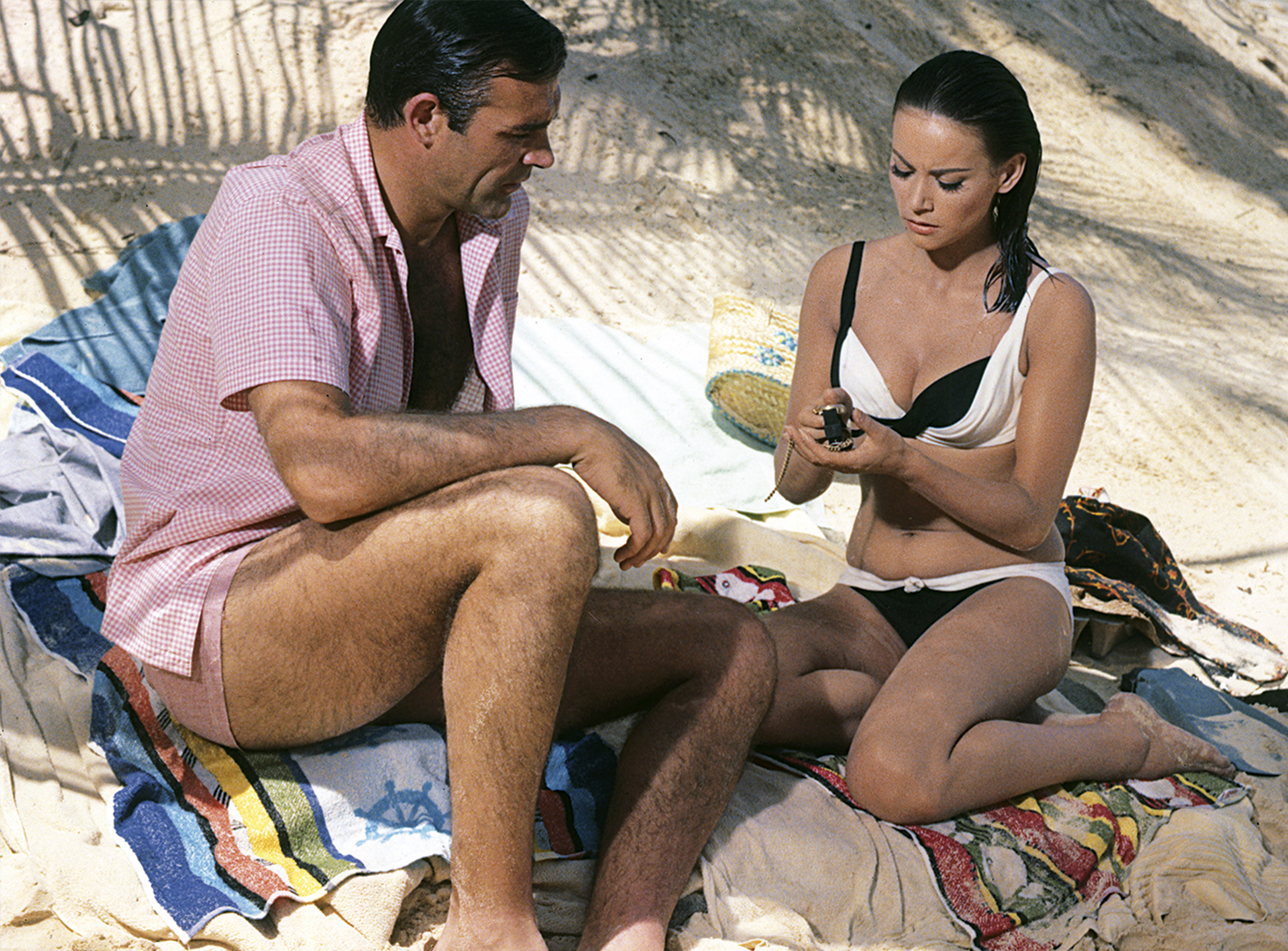 The plot sees James Bond (Sean Connery) sent to the Bahamas to retrieve two nuclear warheads stolen by SPECTRE operative Emilio Largo (Adolfo Celi) in order to hold NATO to ransom for the sum of $100 million. In Nassau, Bond searches Largo’s yacht, the Disco Volante, and villa looking for the bombs but without success. Bond gets Largo’s partner Domino Derval (Claudine Auger) on his side by revealing how Largo killed her brother Major François Derval (Paul Stassino), a NATO pilot, to steal the weapons. Bond takes part in an underwater battle between SPECTRE and US aqua-paratroopers, before confronting Largo on his yacht. With Largo about to shoot Bond, Domino saves the day by harpooning him, a fitting revenge for the murder of her brother.

Terence Young, the director of Dr. No and From Russia With Love returned behind the camera. Recognising the ambition in the script, Young sought additional specialised second unit directors to pull off the complex spectacle. Ricou Browning was hired to direct underwater sequences, underwater cameraman Lamar Boren captured the dazzling underwater battle and Broccoli’s friend and Hollywood filmmaker André De Tothshot the aerial assault over Biscayne Bay.

Young wanted to ground the film’s gadgetry in real world technology, famously including the iconic Bell-Textron Jet Pack 007 uses to escape from Jacques Boitier’s castle in the film’s opening sequence. Other gizmos proved so believable they duped experts — after the film opened, a Royal Navy representative called to ask about Bond’s mini-rebreather but only to be informed it was a prop.

The plot called for extensive work with sharks. Sean Connery found himself swimming in a plexiglass tunnel in Largo’s shark pool. A gap in the plexi allowed a shark to swim into the tunnel along with Connery and you can see the expression of fear on the actor’s face in the finished film. During the climactic underwater battle, a grand total of 38 divers appeared on screen, experienced SCUBA specialists flown to Nassau from Richmond, Virginia.

Composer John Barry returned to work on his fourth Bond film, creating an exotic, lush soundtrack. He penned the original opening credits song ‘Mr Kiss Kiss Bang Bang’ — the Italian nickname for 007 — with Leslie Bricusse and recorded it first with Shirley Bassey, then Dionne Warwick. Yet, with the team concerned the song never mentioned the film’s title, Barry quickly wrote ‘Thunderball’ with Don Black, a hit in the US and UK for Tom Jones.

After the film premiered on December 9 1965 in Tokyo, Thunderball broke box office records earning $142 million, selling more tickets than any Bond film before.  It also set a new benchmark for action-adventure film with its scale, scope (it was the first Bond film to be shot in widescreen) and ground-breaking underwater sequences. The film also became the first 007 film to win an Academy Award, John Stears picking up the Oscar for the film’s innovative special effects.