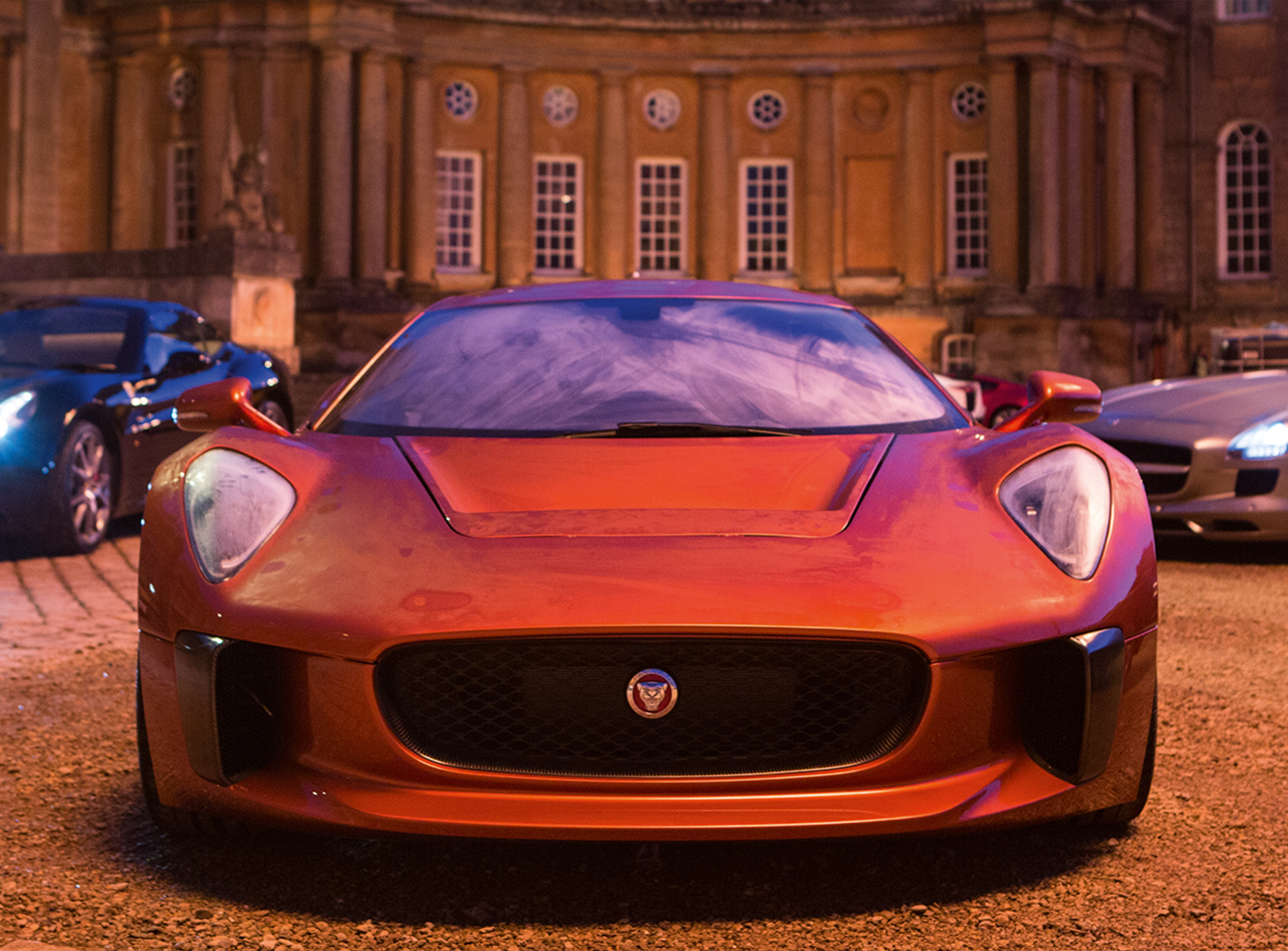 The streets of Rome provide the setting for the first showdown between James Bond (Daniel Craig) and SPECTRE henchman Hinx (Dave Bautista). Franz Oberhauser (Christoph Waltz) spots Bond has infiltrated the secret meeting and dispatches Hinx, to go after him. Bond evades his captors and speeds off in an Aston Martin DB10 with Hinx in hot pursuit in his Jaguar C-X75. What follows is a high-speed race through the streets of Ancient Rome in the most modern of supercars.

Jaguar have a long relationship with the James Bond series —Jaguar XKR duelled with the Aston Martin Vanquish on the ice in Die Another Day (2002) — but Spectre’s car chase posed different challenges. As Special Effects Supervisor Chris Corbould said, “Both vehicles were kit cars so unlike the previous Vanquish or XKR we couldn’t just go down to the factory and pull five gear boxes off the shelf. Everything was bespoke which made it much more challenging.”

On February 19 2015, the Spectre crew began shooting the exciting car chase through the cobbled streets and alongside the river Tiber in Rome. Jaguar supplied seven cars to the filmmakers. “Three staggered crews working 24 hours doing the repairs,” recalled Corbould. “Every night the cars would be jumping and landing at 70mph so we had to have them all turned around ready to go the next day.”

“It’s one of those scenes that’s going to be very iconic,” observed Dave Bautista. “Just with the two cars racing through the streets of Rome – I mean, how often do you see that? It’s one of those things you only see in a James Bond film.”