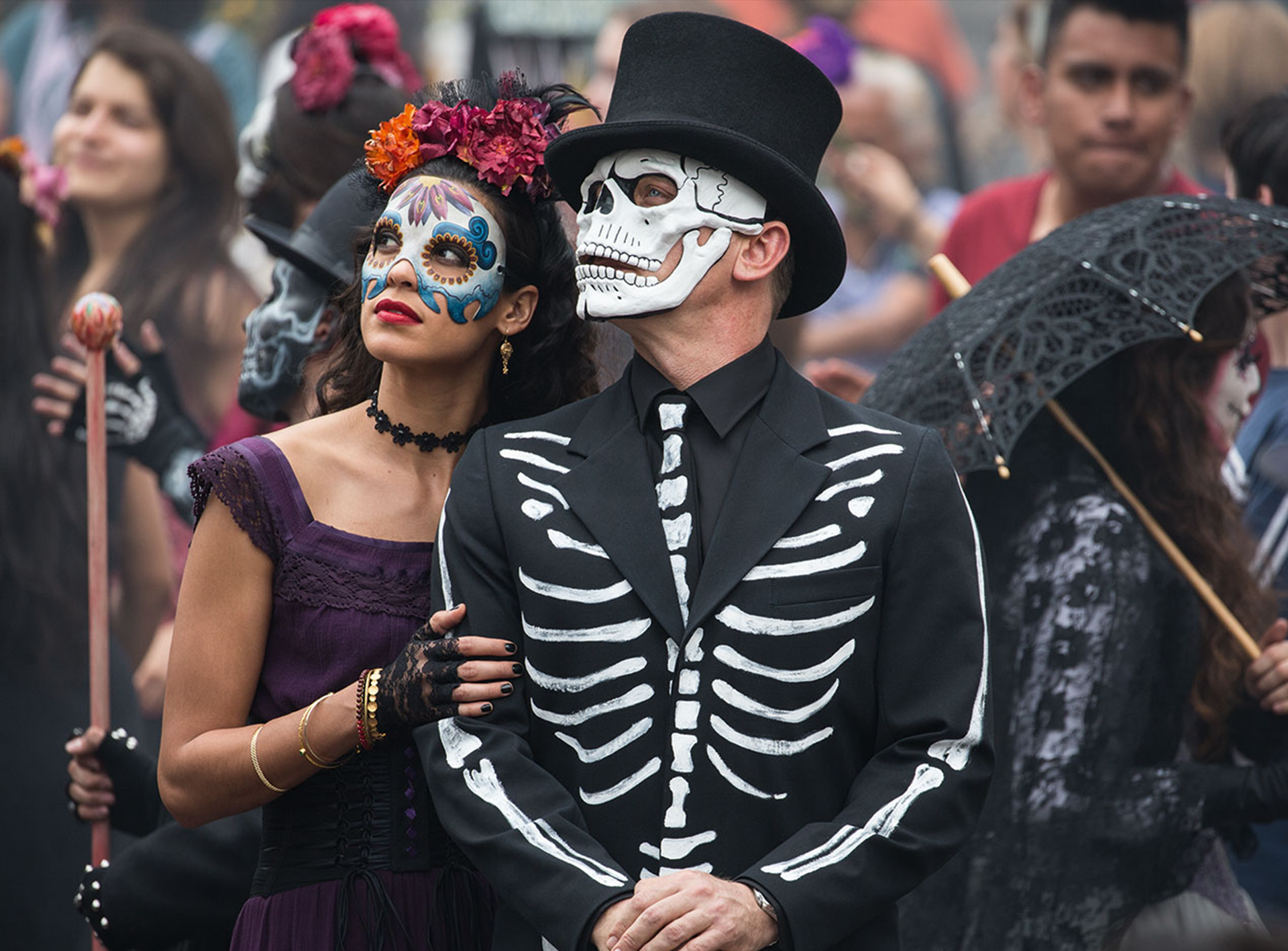 James Bond has visited Mexico before — it provided the colourful backdrop for his revenge mission in Licence To Kill (1989) — but in Spectre (2015) it becomes the focus for a thrilling pre-credits sequence based around the Mexican holiday, the Day of the Dead (Dia de las Muertos). As producer Barbara Broccoli put it: “I think this sequence is so spectacular that it will be up there as one of the greatest pre-title sequences we have ever done.”

For director Sam Mendes, returning to 007 after Skyfall (2012), the Day of the Dead ceremony ties in very closely with the thematic ideas of the story. “The film is about Bond (Daniel Craig) being haunted by a person he thought was long dead,” Mendes observed, adding, “I wanted that combination of sinister and celebratory that you can only get with something like the Day of the Dead. When the film opens, it’s almost like the perfect mission and everything is going to plan but then there’s the game-changing moment.”

On March 20, 2015, the Spectre crew mounted a full-on street celebration involving 1500 extras playing revellers, all with a make-up call of 4.15am — hair designer Zoe Tahir made wigs of wool to make the dancers look like peg dolls, giving the scene a timeless texture. Production designer Dennis Gassner worked very closely with Mexican experts to, as he put it, “make sure it was all grounded in reality.”

Closing down the City’s main Avenue and Zócalo Square meant co-ordination with the presidential palace, government security and the army. With the streets filled with musicians, puppeteers and different performance acts, the first shot was captured at 2.08pm.

“People were in the streets until five in the afternoon doing the same thing over and over again,” recalled Mendes. “I thought they would mutiny but if anything they got more enthusiastic as the day went on. We had live musicians and there was a sense of party about it, which is what you want but is so rarely achieved on a movie set.”

Adding to the complexity of the sequence Mendes envisioned opening Spectre with one continuous shot that follows Bond as he tracks an assassin through a Mexican hotel, up an elevator through different rooms and across rooftops. The use of a single shot is to immerse the viewer in the drama of Bond’s mission. As Mendes explained, “I wanted the audience to be dropped right into the middle of a very specific, very atmospheric and very rich environment.” To capture Bond’s journey across balconies, a camera track system stretched across four buildings, a 50 ft. crane allowing the camera to stay parallel with Daniel Craig on the rooftop.

Bond’s perfect mission goes awry when he triggers an explosive device that destroys the hotel, causing the building he is standing on to collapse floor by floor. The explosion itself was created in the safety of Pinewood Studios by special effects supervisor Chris Corbould.

“We built a four storey building and we had a big weight on a track that went through a ceiling and all the floors collapsed on hydraulics,” said Corbould. “We worked on it for eight months and it is probably one of the longest rigs that we have ever designed and certainly one of the most complicated things we have ever done.”