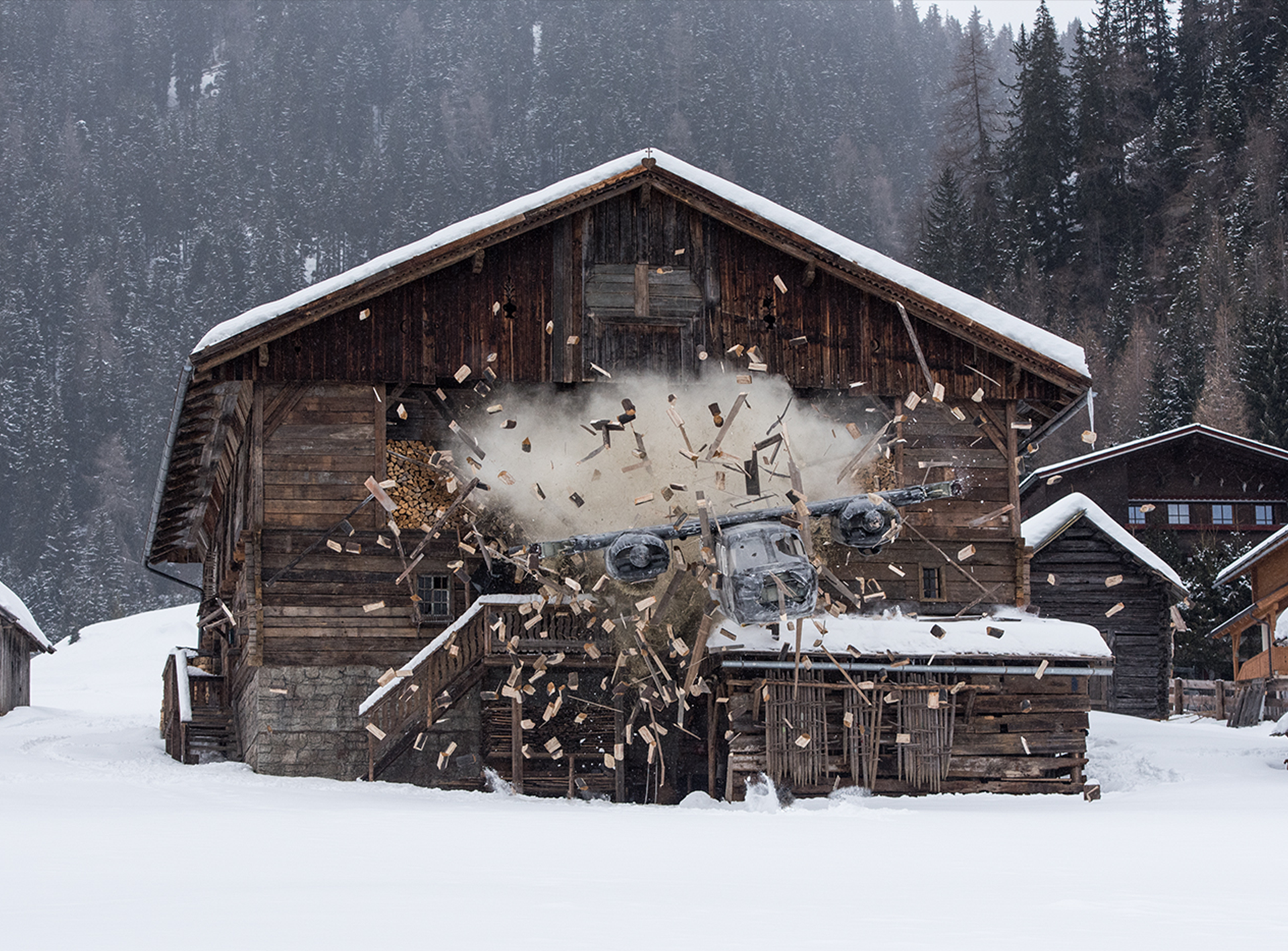 Following Skyfall (2012) with Spectre (2015), Sam Mendes became the first filmmaker to direct two back to back Bond films since John Glen directed The Living Daylights (1987) and Licence To Kill (1989). Previous Daniel Craig adventures had reintroduced and reinvented classic elements from Bond history such as the Aston Martin, Q and Moneypenny. Now the filmmakers felt it was right to bring back SPECTRE — to reveal the bigger picture behind the criminal organisation, QUANTUM, started in Casino Royale (2006).

Initially reluctant to help, Swann informs Bond the secret organisation is SPECTRE and leads him to Tangiers and they discover Oberhauser’s high tech desert HQ where he plans to take control of a global surveillance network. Oberhauser tortures 007 and reveals he is actually the son of Bond’s guardian, Hannes Oberhauser, but, filled with hatred for the man he believes usurped his place in his father’s affections, has renamed himself: Ernst Stavro Blofeld.

Spectre began filming on December 8 2014 on B stage at Pinewood before travelling to Austria in January 15. The ice Q restaurant at Sölden in Austria doubled as Dr. Swann’s Hoffler Klinik and the Cable Car station. Sölden is now the home of the immersive James Bond experience 007 ELEMENTS.

Austria also played host to a spectacular plane vs. car chase as Hinx kidnaps Madeleine with a convoy of Land Rovers and 007 gives pursuit in a light aircraft. A key section of the sequence was filmed in Obertilliachwith the special effects team flying Bond’s plane at a low altitude over forested hillsides, skimming across the tops of the vehicles on a high wire and smashing through a barn. When Bond is forced to land the plane on the snow at high speed, the special effects team ingeniously mounted powerful skidoos inside the aircraft’s body so that once the plane landed it could drive along the ground at high speed.

The unit moved to Rome for five weeks, the first time the series had filmed in the Eternal City. Sequences included the funeral for assassin/SPECTRE operative Marco Sciarra (Alessandro Cremona) — featuring iconic Italian actor Monica Bellucci as Sciarra’s widow Lucia — and a breakneck chase between Bond’s Aston Martin DB10 and a Jaguar C-X75. Mendes created a twist with Bond stealing the car before he understood the modifications and has to figure out its capabilities on the run.

With filming completed in Rome, the Spectre production travelled to Mexico to shoot the Day of the Dead celebrations for the pre-credit sequence. To seduce the audience into the world of the film, Mendes decided to open the film with one continuous shot that follows Bond as he tracks an assassin through the parade (including 1500 extras and huge marionettes) into a hotel, up an elevator, through different rooms and onto balconies and across rooftops. “I just made sure that I didn’t walk into the furniture,” laughed Daniel Craig.

Bond finally pursues assassin Marco Sciarra to an awaiting helicopter and a sequence over Mexico’s Zócalo Square, that required extensive negotiations with Government officials to gain permission to shoot. Most of the exterior shots of the fight on the helicopter were shot over the square and the barrel roll was performed by stunt pilot Chuck Aaron at an airfield in Palenque Mexico. The helicopter interiors were filmed at Pinewood with the helicopter mounted on a gimbal to mimic the movement.

The unit returned to London to shoot the climax of the film around the Thames — having cast Ralph Fiennes as M, Ben Whishaw as Q and Naomie Harris as Moneypenny, Mendes was keen to expand their roles and this sequence (and film) sees Bond gain a support team in the field. The production ended with a trip to Morocco to film the exteriors of SPECTRE HQ including an explosion that earned the Guinness World Records™ title for the Largest Film Stunt Explosion in cinema history.

Following his work on Skyfall, Thomas Newman returned to score Spectre. British singer-songwriter Sam Smith and collaborator Jimmy Napes wrote the film’s theme ‘Writing’s on the Wall’ which became the first 007 theme to reach number one in the UK charts, the second to win an Academy Award® and the fifth to be nominated — it also won a Golden Globe.