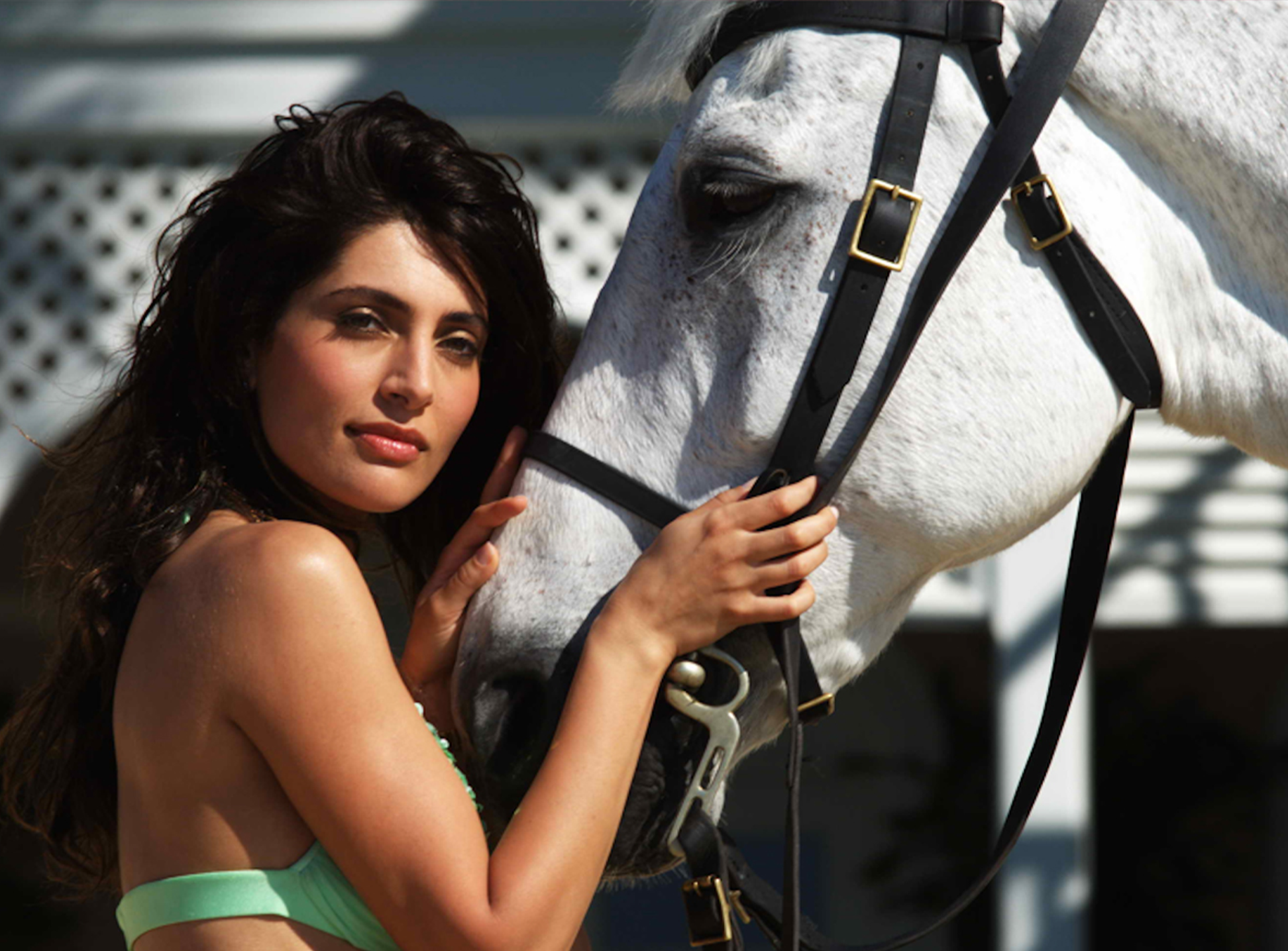 The wife of terrorist go-between Alex Dimitrios (Simon Abkarian), in Casino Royale (2006), Solange (Caterina Murino) has an interesting link to James Bond history. In Ian Fleming’s short story 007 In New York, Bond plans to meet a girlfriend named Solange who works in the old Abercrombie & Fitch. Her name may have been the inspiration for Bond’s first love interest in Casino Royale.

Solange lives a life of luxury but is trapped in a desperately sad life married to a cold, evil man, even if she doesn’t know the details or extent of his nefarious activities. She plays a vital part in helping Bond stop a terrorist attack on a Skyfleet prototype aircraft in Miami, which her husband is organising on behalf of terrorist Le Chiffre (Mads Mikkelsen).

Solange first sees Bond as he emerges from the surf in Nassau and is instantly attracted to him. The pair actually meet at a poker game where 007 is taking on her husband. When Bond roundly beats Dimitrios — even taking his Aston Martin DB5 — the latter responds coldly to Solange, which catches the secret agent’s attention.

After Solange inadvertently climbs into the Aston Martin, Bond invites her for a drink back at his place (which turns out to be a drive around the hotel courtyard). Enjoying both the attention and a rare spark of humanity in her life, she accepts, unaware that Bond may be only interested in gleaning knowledge about her husband.

During their night together, Solange confesses that she is not happy in her one-sided marriage and life, feeling she has wasted her shot at happiness by getting involved with the wrong men. Their intimate evening is interrupted when Solange receives a call from her husband. Bond learns Dimitrios will be taking the last flight to Miami. He makes a quick exit to stay on Dimitrios’ tail but not before ordering Bollinger and caviar as a parting gift.

After Bond foils the bomb plot, Le Chiffre deduces it was Solange that tipped Bond off about Miami. Bond returns to the Bahamas to find she has been tortured, killed and wrapped in a hammock on the beach by Le Chiffre’s henchman. As Solange’s body is being carried away, M (Judi Dench) suggests to Bond, “I would ask you if you could remain emotionally detached but that’s not your problem, is it, Bond?”. Bond replies with a curt: “No.”