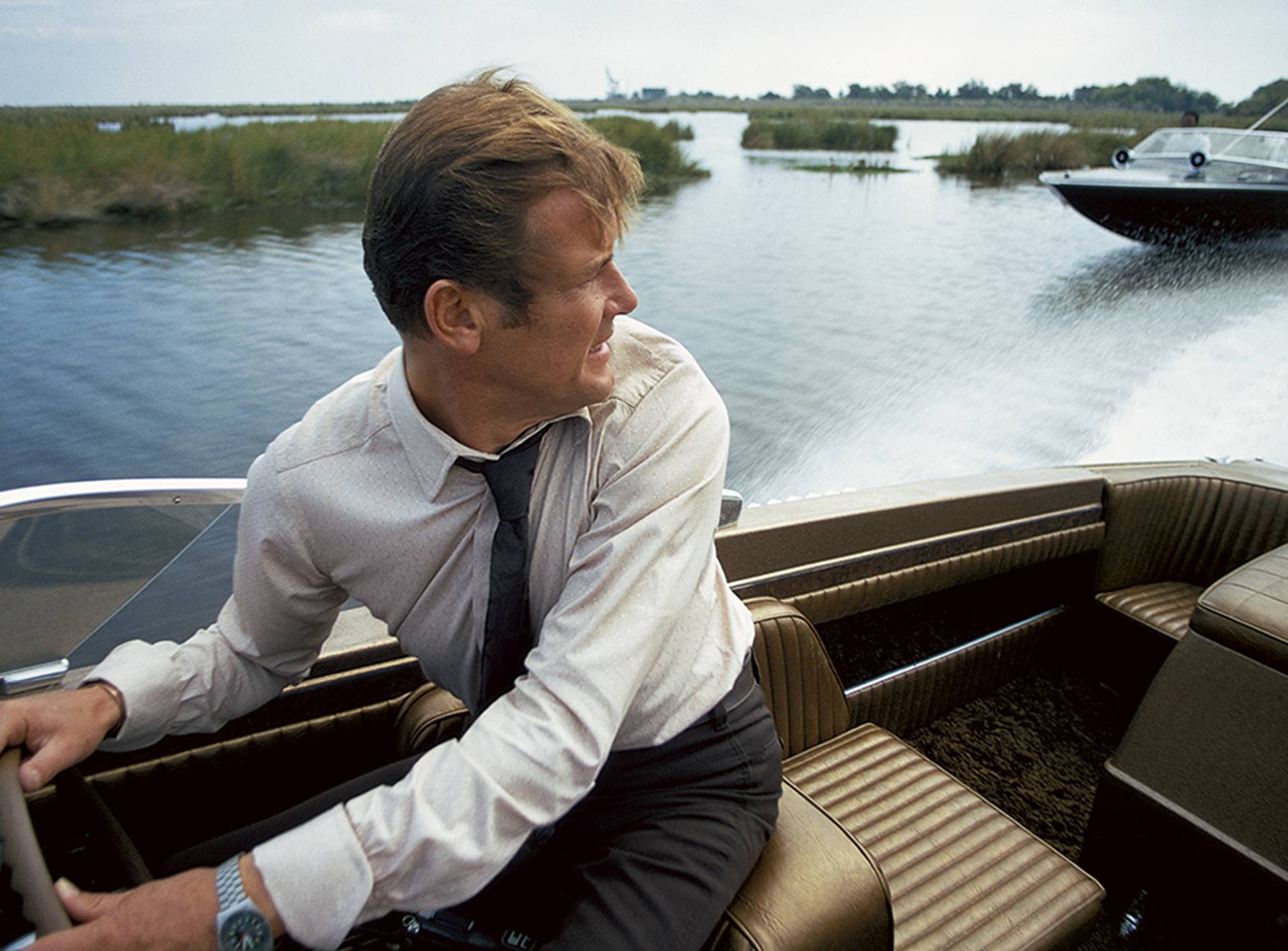 A worldwide star before even being cast as Bond, Roger Moore’s easy sense of grace and natural suaveness made the cinematic 007 an unparalleled success in the 1970s and 1980s.

Born in Stockwell, South London, Moore took a number of small acting roles before joining the Royal Academy of Dramatic Arts, where one of his classmates was Lois Maxwell, the future Miss Moneypenny. RADA’s elocution lessons smoothed his South London accent turning him into the perfect sophisticated leading man candidate.

After a short stint in military service, Moore took on roles in various television and stage productions in New York and London. He went on to sign a three year contract with MGM, which saw him in his first significant role in The Last Time I Saw Paris opposite Elizabeth Taylor.

Finally in 1972 the schedules matched and Moore took on the role of James Bond. His first outing as Bond in Live And Let Die significantly outgrossed Connery’s Diamonds Are Forever, confirming Moore’s casting a success. It was Moore’s decision to leave after A View To A Kill, having been with the franchise for 12 years and starring in seven movies. Moore was famously quoted as saying, “When they start running out of actors old enough to look as though they could be knocked down by Bond, and leading ladies are your mother’s age when you started making Bond, then it’s time you move on.”

By the time he had finished his last 007 movie in 1985, Moore had redefined the character of Bond and bought in over one billion dollars in the box office.