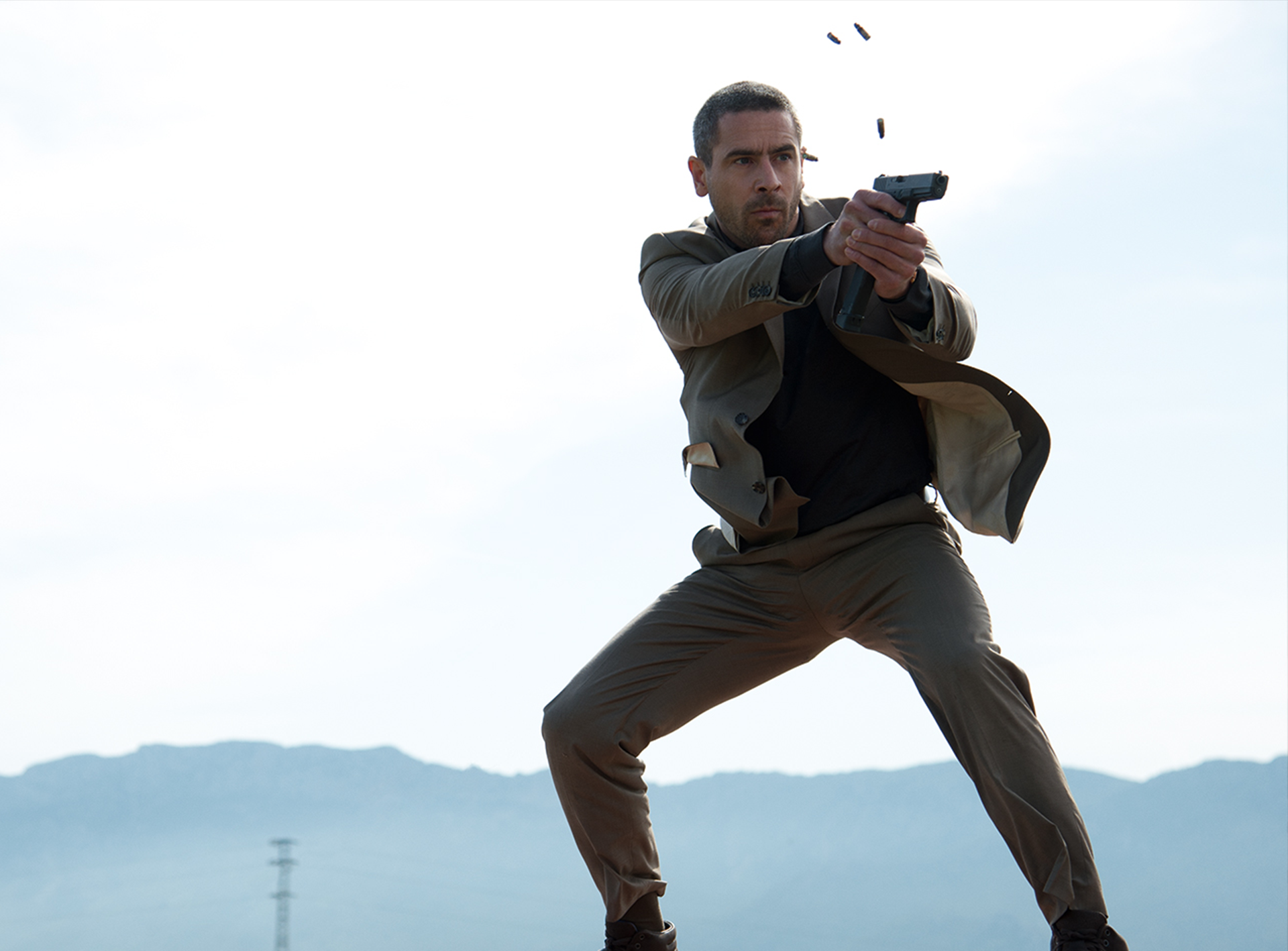 Murderous and menacing, Skyfall (2012)’s Patrice (Ola Rapace) is a ghost mercenary — he has no known residence or country of origin — hired by cyber terrorist Silva (Javier Bardem) to steal a top secret MI6 hard drive containing the names of almost every NATO agent concealed in global terrorist organisations. He is a man of mystery who remains an enigma, even in death.

Bond (Daniel Craig) first encounters Patrice in Istanbul. The assassin kills MI6 operative Ronson (Bill Buckhurst), steals the hard drive and flees in a black Audi. Bond and field agent Eve Moneypenny (Naomie Harris) give chase in a Land Rover. After Bond forces Patrice to crash the car in Eminonu Square, Patrice leaps out and seizes a police motorbike and speeds across the rooftops of the Grand Bazaar. Bond, riding on a street trader’s bike, follows in hot pursuit.

Following in the Land Rover, Moneypenny nearly stops Patrice at a road bridge but Patrice abandons his bike and leaps over a bridge onto a moving train. Following suit, Bond performs a spectacular leap and clings onto the speeding train. Out of ammunition, Bond boards a Caterpillar excavator loaded onto a flatbed truck. Patrice uncouples the truck carrying Bond and the excavator. Wounded in the shoulder by one of Patrice’s bullets, Bond rams the excavator’s bucket into the carriage carrying the killer, runs along the vehicles arm and leaps into the gaping hole made by the bucket — in true 007 style, he straightens his cuffs on landing.

Bond and Patrice continue their tussle as the train rapidly approaches a tunnel. Moneypenny is still in pursuit but runs out of road. With one last chance to stop Patrice, she — on M (Judi Dench)’s command — shoots at Patrice but hits 007, sending him plummeting into the water as Patrice escapes with the hard drive.

Shrapnel from Bond’s wounds later reveal Patrice’s bullet was a depleted military-grade uranium shell. Patrice is only one of three men worldwide known to use such bullets. The CIA have been searching for Patrice over the murder of the Yemeni ambassador and believe he will be in Shanghai. M dispatches Bond to retrieve the hard drive and uncover the mastermind behind the theft. Bond picks up Patrice’s trail at Shanghai Airport and follows him to the 67th floor of a Shanghai skyscraper. Bond watches as Patrice assembles a sniper rifle and assassinates a man who is admiring a painting in an adjacent apartment. Bond attacks and disarms Patrice, their fierce hand-to-hand combat ending with Bond dangling Patrice from the skyscraper. 007 is desperate to discover who holds the NATO agent’s list and who is bankrolling Patrice but the assassin chooses to fall to his death — silent to the last.