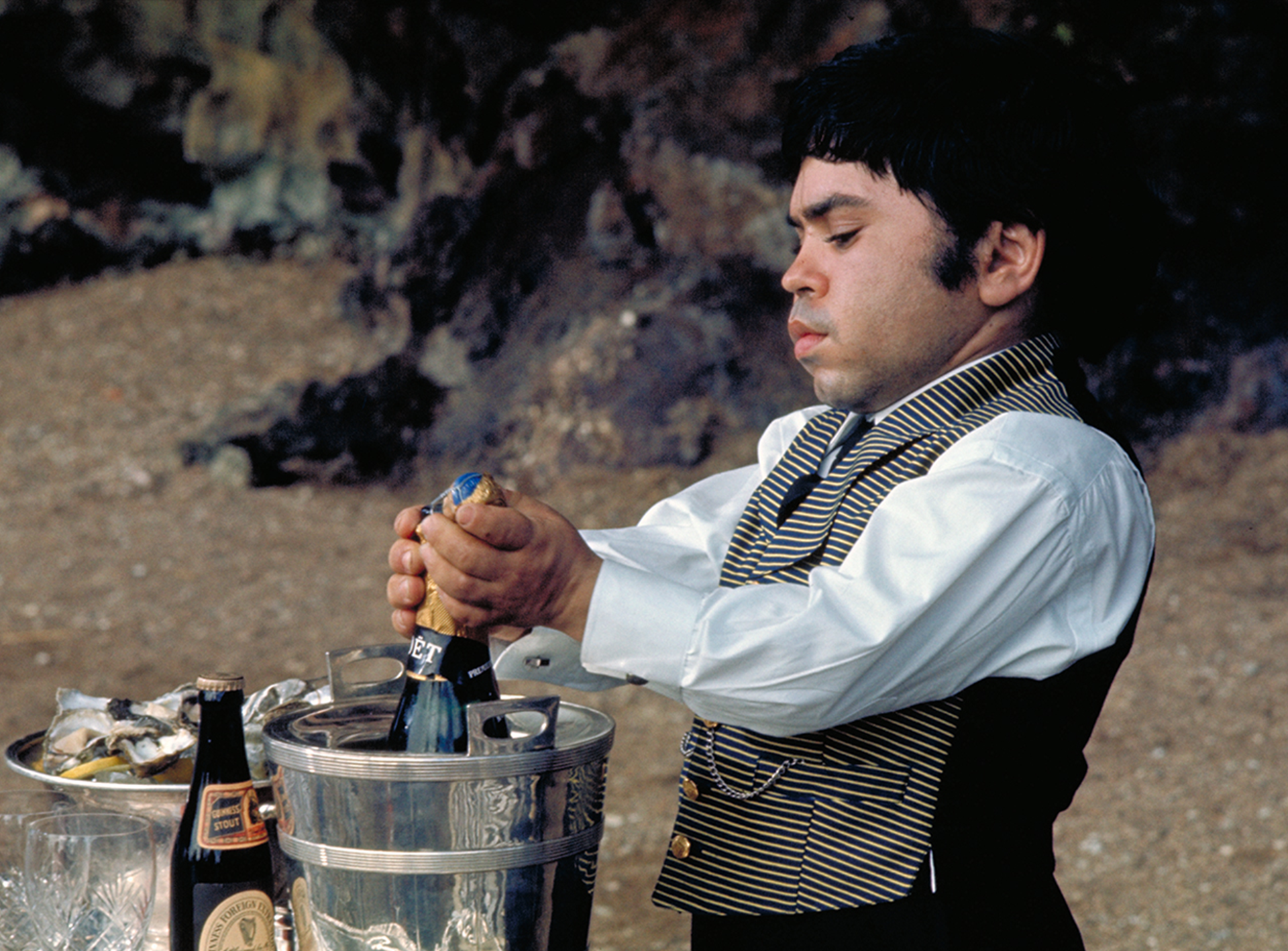 The Man With The Golden Gun’s (1974) Nick Nack (Hervé Villechaize) is the impish, conniving servant of world class assassin Francisco Scaramanga (Christopher Lee). Residing on Scaramanga’s private island in the South China Sea, Nick Nack performs numerous duties (butler, chef, occasional assailant), arranging hit-men to try and kill Scaramanga in his private fun house maze. These exercises are more than just sport for his master: they are designed to keep Scaramanga at the top of his game and sharp enough to kill James Bond (Roger Moore).

The first killer to take on Scaramanga is dark suited gangster Rodney (Marc Lawrence). As the pair are engaged in a duel in an elaborate shooting range, Nick Nack taunts Scaramanga, telling him he has locked away his arsenal meaning he has to search for his legendary golden gun which Nick Nack has placed at the centre of a maze. Scaramanga manages to outwit his opponent and kill him.

Nick Nack helps Scaramanga in his mission to auction off the world’s first solar energy system. After Scaramanga kills British scientist Gibson (Gordon Everett) Nick Nack steals the Solex Agitator (a device that harnesses the sun’s power) from the lifeless body. Scaramanga’s mistress Andrea Anders (Maud Adams) retrieves the Solex and plans to give it to Bond but is murdered for switching allegiances by Scaramanga and Nick Nack at a Thai Boxing match. As the pair depart Bond’s naïve colleague Mary Goodnight (Britt Ekland) attempts to follow them by placing a homing device in Scaramanga’s AMC Matador but she is caught by Scaramanga and bundled into the boot. Bond uses the homing device to track Scaramanga but the assassin outwits 007 when his car converts into a plane, which flies away with Scaramanga, Nick Nack and Goodnight still inside.

Bond pursues Goodnight to Scaramanga’s island, Nick Nack greeting him with a bottle of Dom Perignon — in a moment of bravura marksmanship Scaramanga shoots the cork off.  Nick Nack officiates the duel which ends when Bond kills Scaramanga. 007 and Goodnight escape from the island in a junk ship unaware Nick Nack waits on board, hiding above the bed poised to throw a knife. Goodnight spots him and screams, sparking a fight which ends when Bond shuts Nick Nack in a suitcase and carries him on deck. As 007 returns to Goodnight, it is revealed he has placed Nick Nack in a wicker basket hanging from the boat’s mast as the junk heads for the sunset.