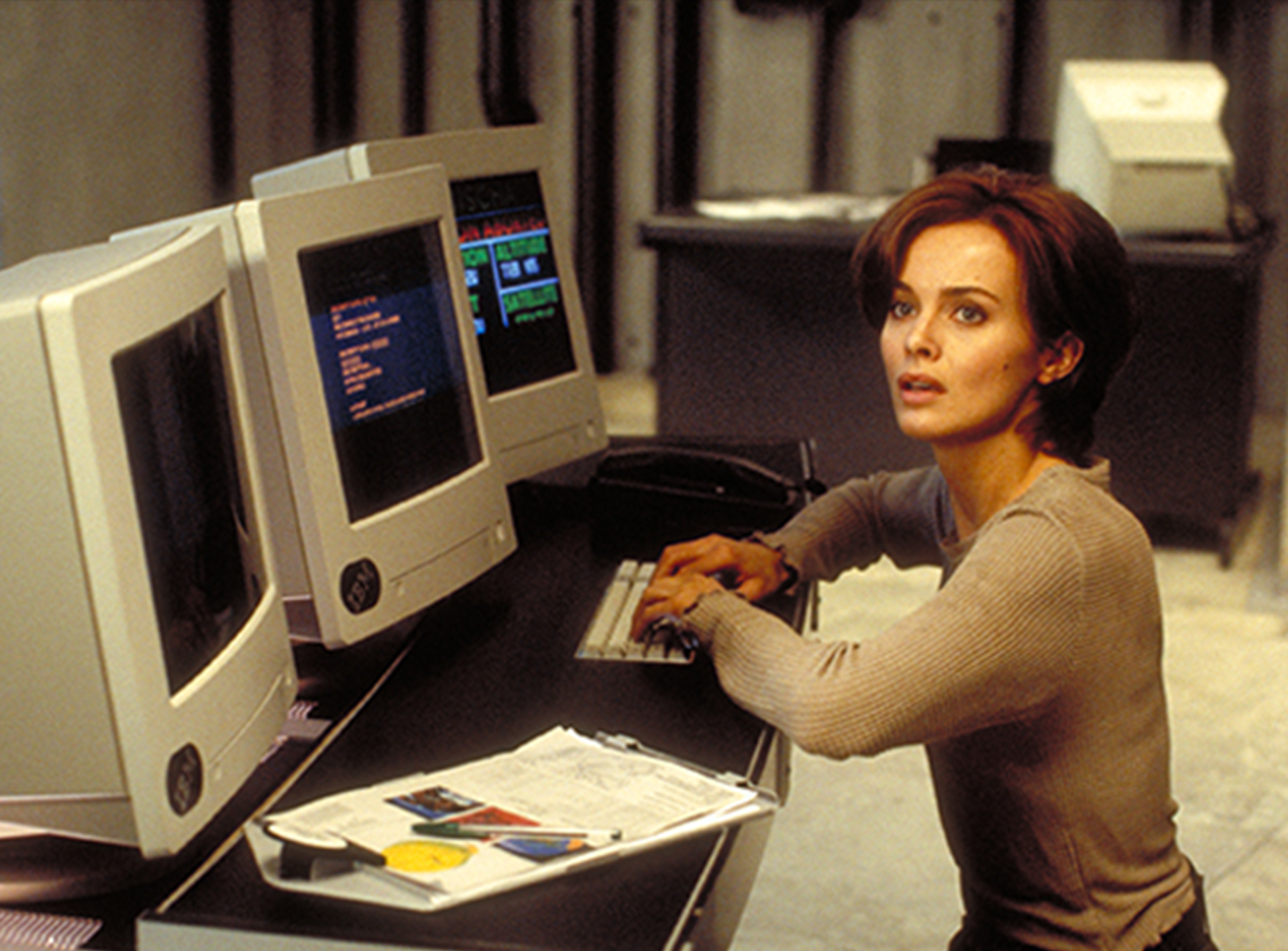 When the villainous General Ourumov (Gottfried John) and Xenia Onatopp (Famke Janssen) attack the Severnaya station in a stolen helicopter, Natalya manages to escape through a mixture of good luck and thriving on her wits. The only other survivor is Boris who slips away with Ourumov and Onatopp, all three in league with Alec Trevelyan (Sean Bean) who is plotting to set off the electromagnetic pulse space weapon GoldenEye to erase any record of a transfer of billions of pounds from the Bank of England.

Natalya travels to St. Petersburg determined to find out who is behind the massacre. As the last known survivor she is on the radar of both Russian Intelligence and Trevelyan’s crime syndicate Janus. Natalya meets Boris in a cathedral, believing him to be innocent but he turns her over to Ourumov.

MI6 dispatch James Bond (Pierce Brosnan) to find her. He saves her life on numerous occasions, first from being trapped in a stolen helicopter thenfrom an exploding armoured train. Using her considerable computer skills, Natalya traces Boris to Cuba, on the journey there the pair become lovers, Natalya pressing on Bond about his cold demeanour. “It’s what keeps me alive,” he says. “No it’s what keeps you alone,” she retorts.

Natalya infiltrates Janus’ secret command centre alongside Bond and reprograms the guidance of Mischa, the second GoldenEye satellite. Boris discovers her hacking and tries to crack the code of her password but to no avail. Mischa burns up the atmosphere, foiling Trevelyan’s plan. Not resting on her laurels, Natalya hijacks a helicopter and rescues Bond, who has killed Trevelyan. The couple land in a field, where they are picked up by marines.