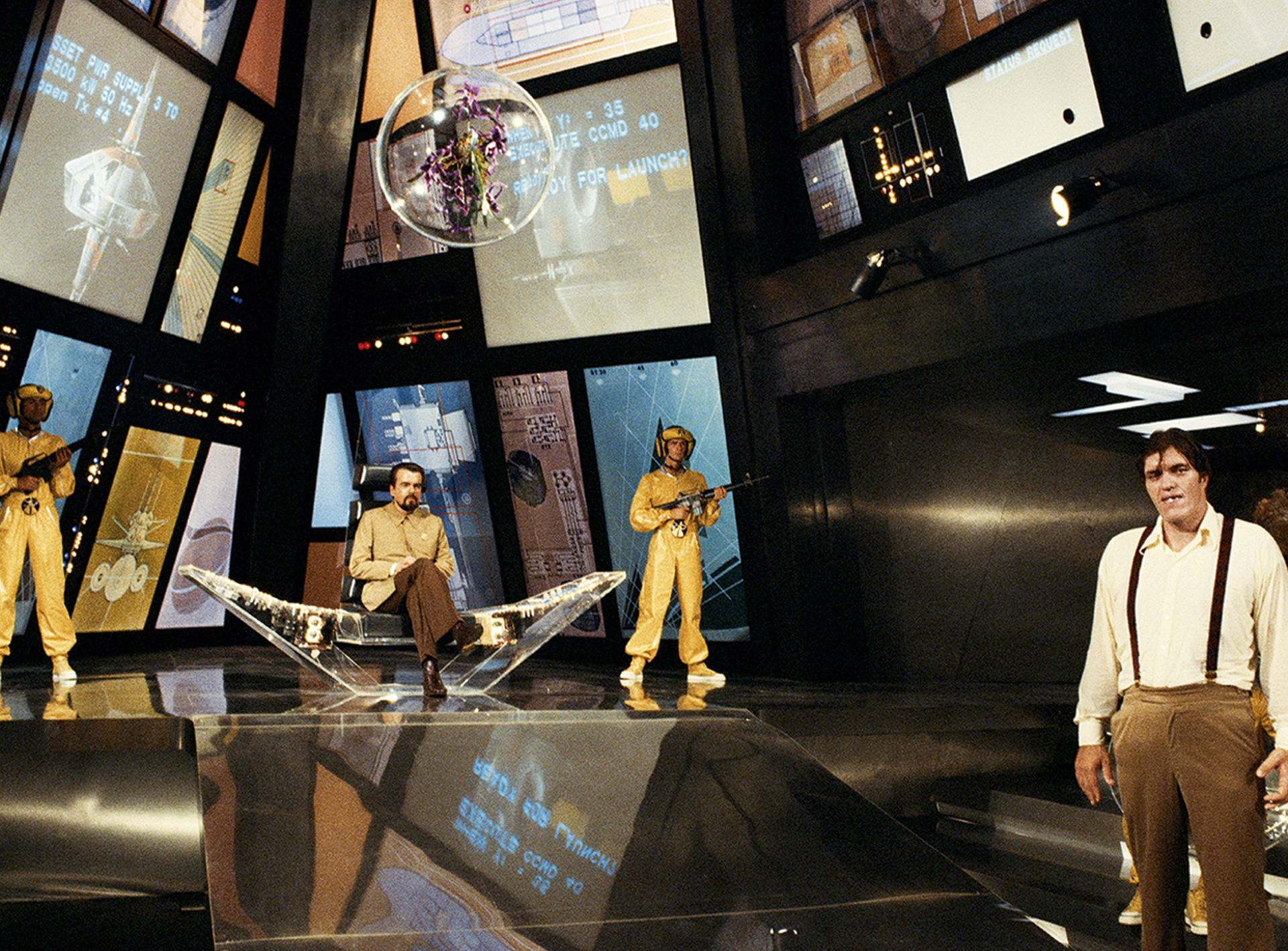 Within weeks of The Spy Who Loved Me (1977) opening, Albert R. “Cubby” Broccoli announced the team would next be tackling Moonraker (1979), an adaptation of Ian Fleming’s third novel. Realising the movie could coincide with the launch of the first NASA space shuttle, Broccoli announced he wanted Moonraker to be “science fact” not science fiction. The idea was simple but enticing: James Bond in outer space.

While Fleming’s novel centred on a nuclear rocket, Christopher Wood’s screenplay sees Bond (Roger Moore) investigate the hijacking of the Space Shuttle Moonraker. The trail leads him to aeronautics mogul Hugo Drax (Michael Lonsdale) who Bond discovers is developing a highly toxic nerve gas. Teaming up with CIA Agent Holly Goodhead (Lois Chiles), Bond uncovers Drax’s plan to launch multiple Space Shuttles to fire globes filled with the deadly gas towards Earth so he can repopulate the planet with his own master race of perfect specimens. Bond and Goodhead infiltrate Drax’s space station, alert the US Marines to the space station’s location, and take part in a huge laser battle to decide the fate of the human race.

The cast was an international one: French actor Lonsdale was cast as the cultured, messianic Drax, American actress Lois Chiles won the role of Dr. Holly Goodhead, an astronaut and CIA agent who is undercover in Drax’s organisation. Due to popular demand, Richard Kiel was brought back to reprise his role as the metal-toothed Jaws, who this time round finds love and undergoes a change of allegiances. Sadly, Moonraker would prove to be the last 007 film to feature Bernard Lee as M.

The production moved from Pinewood to Paris, booking every studio in Paris to accommodate the film. The globetrotting location shoot found logistical challenges at every turn. For the pre-credit sequence, Bond is pushed out of a plane without a parachute. It took over 83 jumps over five weeks to complete the aerial action in the skies above California. A high speed boat chase through Venice’s centuries old canals took careful negotiations with the Italian authorities. And in France, weightless sequences on Drax’s space station required days of rigging to allow a dozen performers to float in Zero G.

Hundreds of effects shots were needed depicting space shuttles, the space station and space debris customised for each shot. Visual Effects Supervisor Derek Meddings created all the special effects in camera, shooting one element, winding back the film in camera and then shooting the next element — for one shot of the space battle, a single piece of film might require 48 exposures. To realise the moment of Drax’s space station exploding, the team obtained two shotguns, closed the doors at a stage on Pinewood and blew the model to smithereens. The effects work earned Meddings and his team an Oscar nomination.

John Barry wrote the score and theme song with lyrics by Hal David. Johnny Mathis was the original choice to sing the song yet didn’t click with the song so Barry quickly recruited Shirley Bassey to lend the song her stunning vocals. The film would break office records during the summer of 1979, grossing $210 million.