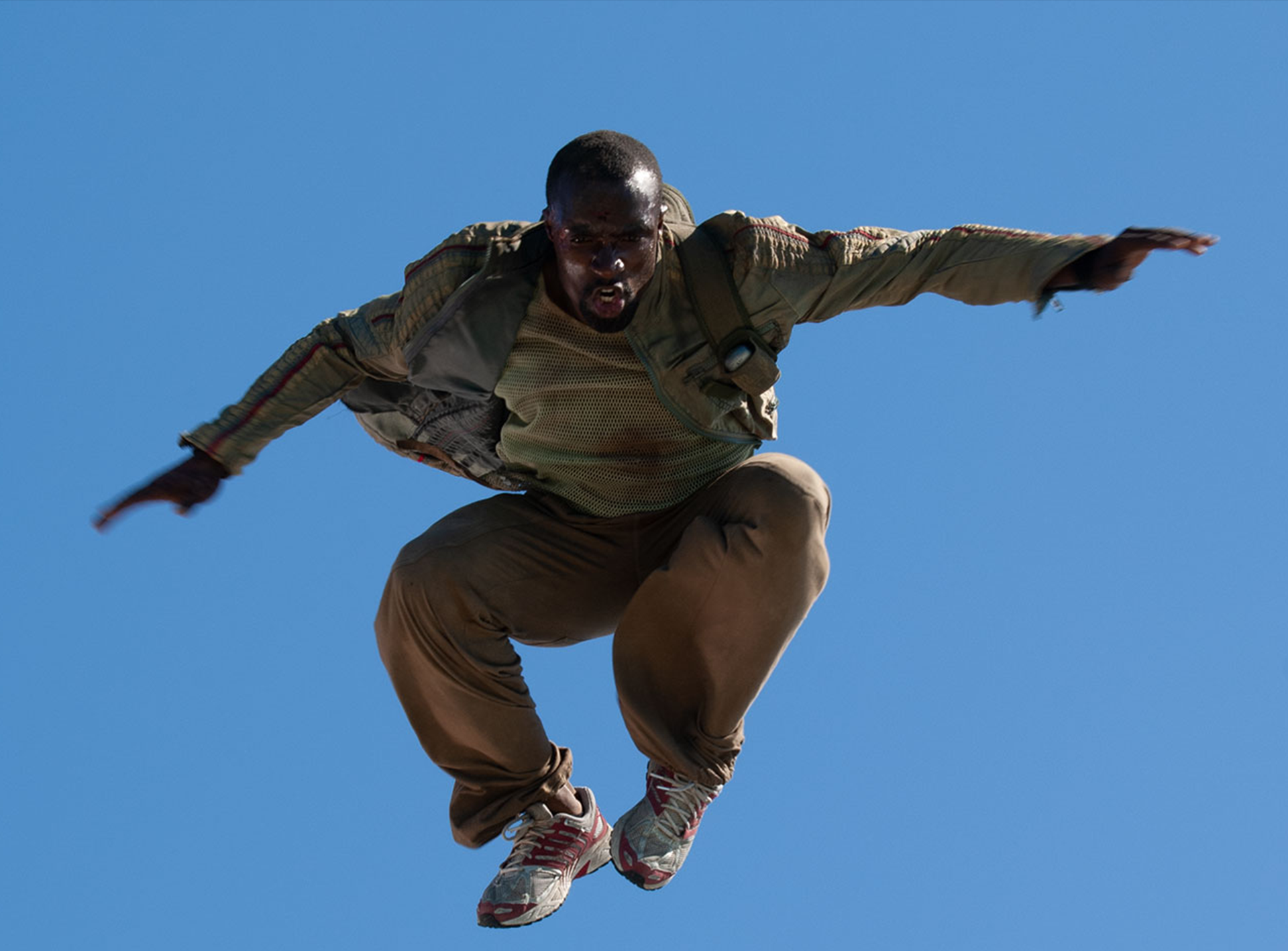 A freelance bomb-maker, Mollaka (Sébastien Foucan) proves a formidable opponent for James Bond (Daniel Craig) in Casino Royale (2006). Marked by burn scars on his body, his prowess in the art of free-running which, allied with his quick brain and martial arts skill, make him almost impossible to catch. With such a skill-set, Mollaka pushes Bond to his physical limits.

Mollaka is hired by Alex Dimitrios (Simon Abkarian), a middle man working in league with QUANTUM terrorist Le Chiffre (Mads Mikkelsen), to destroy the prototype of the world’s largest airliner built by Skyfleet.

In Madagascar, Mollaka spots he is being shadowed by MI6 operative Carter (Joseph Millson) who makes the error of fiddling with his ear-piece. Knowing the bomb and phone in his back pack will incriminate him, Mollaka flees. He eludes Carter by bounding through an empty swimming pool where a mongoose-cobra fight is in full flow. Carter falls victim to the snake but Mollaka soon realises there is another more tenacious MI6 agent on his tail — James Bond.

Speeding for the sanctuary of the Nambutu Embassy, Mollaka sprints into a construction site. Deploying stunning agility, Mollaka zips up a girder forming the skeleton of a building believing this will leave Bond in his wake. However, Bond doggedly pursues Mollaka onto a huge construction crane where a bruising fight ensues.

Determined not to let him get away, Bond tracks Mollaka to the Nambutu Embassy. As Embassy troops surround Bond, he shoots Mollaka dead and escapes with the incriminating back pack and phone by shooting a gas cylinder, creating a distraction of flame and smoke. The incident is captured on CCTV and becomes front page news in England. Yet this doesn’t stop Dimitrios hiring a new bomber Carlos (Claudio Santamaria) to destroy the Skyfleet aircraft.