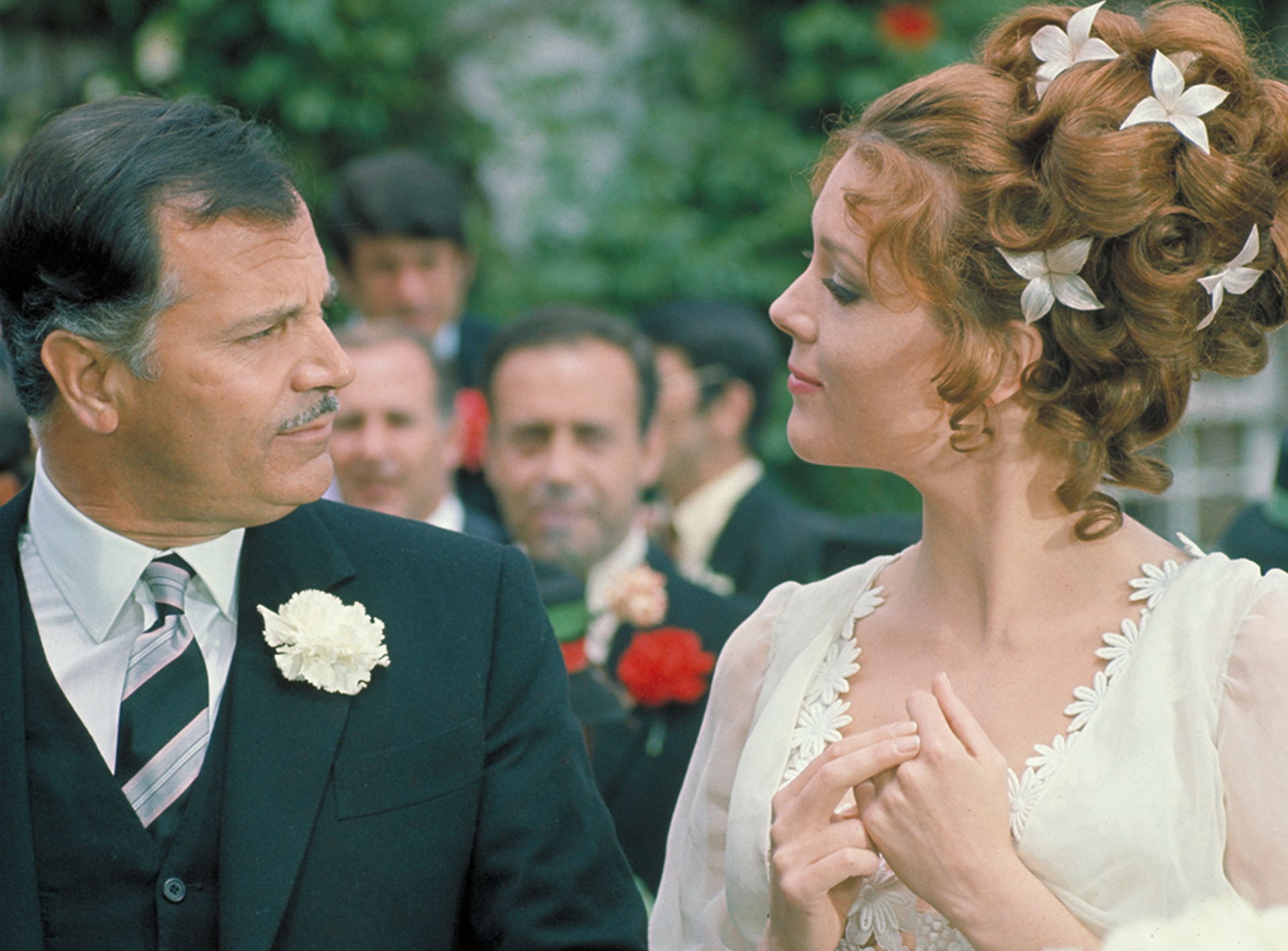 Imposing, charismatic with a slight tinge of menace, On Her Majesty’s Secret Service’s (1969) Marco Ange Draco (Gabriele Ferzetti) is head of the Union Corse, the biggest crime syndicate in Europe. He operates legitimate business concerns including construction, electrical supplies and numerous agricultural holdings as a front for his nefarious activities. He bonds with 007 (George Lazenby) over similar passions — good food and drink (he is partial to Corsican brandy) and a sharp cynical sense of humour — a friendship that becomes stronger when 007 marries his only daughter Tracy (Diana Rigg) — before tragedy strikes on their wedding day.

Bond comes onto Draco’s radar after he saves Tracy from a suicide attempt. The next morning, Bond is kidnapped and taken to Draco’s office. Draco reveals that Tracy is his only daughter and reveals her troubled backstory. Draco was a bandit hiding up in the mountains when he met a romantic English girl. The two fell in love, married and had a child Teresa (Tracy). Twelve years later, when Draco had become the head (capo) of the Union Corse, his wife died, sending Tracy off the rails without parental supervision. Draco watched Tracy run wild but, while he cut off her allowance, he instructed his men to follow her and ensure her safety.

Draco believes Bond is the perfect match for Tracy and offers him £1million if he marries her. Bond refuses but he agrees to keep seeing Tracy in exchange for info about his nemesis Blofeld. Tracy sees through her father’s motives and tells Draco to give Bond the information or she will never see her father again. With his hand forced, Draco reveals Blofeld’s contact is a Swiss lawyer named GebrüderGumbold (James Bree). However Draco’s wishes come true as Bond and Tracy gradually fall in love.

At Bond and Tracy’s wedding, Draco presents 007 with a £1million dowry for marrying his daughter but Bond politely refuses. Draco acknowledges that M (Bernard Lee) was the “man who cost me three of my best operators”. M replies “Yes, November 1964 — the bullion job” — a possible reference to the events in Goldfinger.

Tragically Draco’s time as a father in law is cut short. Leaving on honeymoon, Bond and Tracy are attacked by Blofeld and his henchwoman Irma Bunt (Ilse Steppat) on a roadside, leaving Tracy dead and Bond bereft.