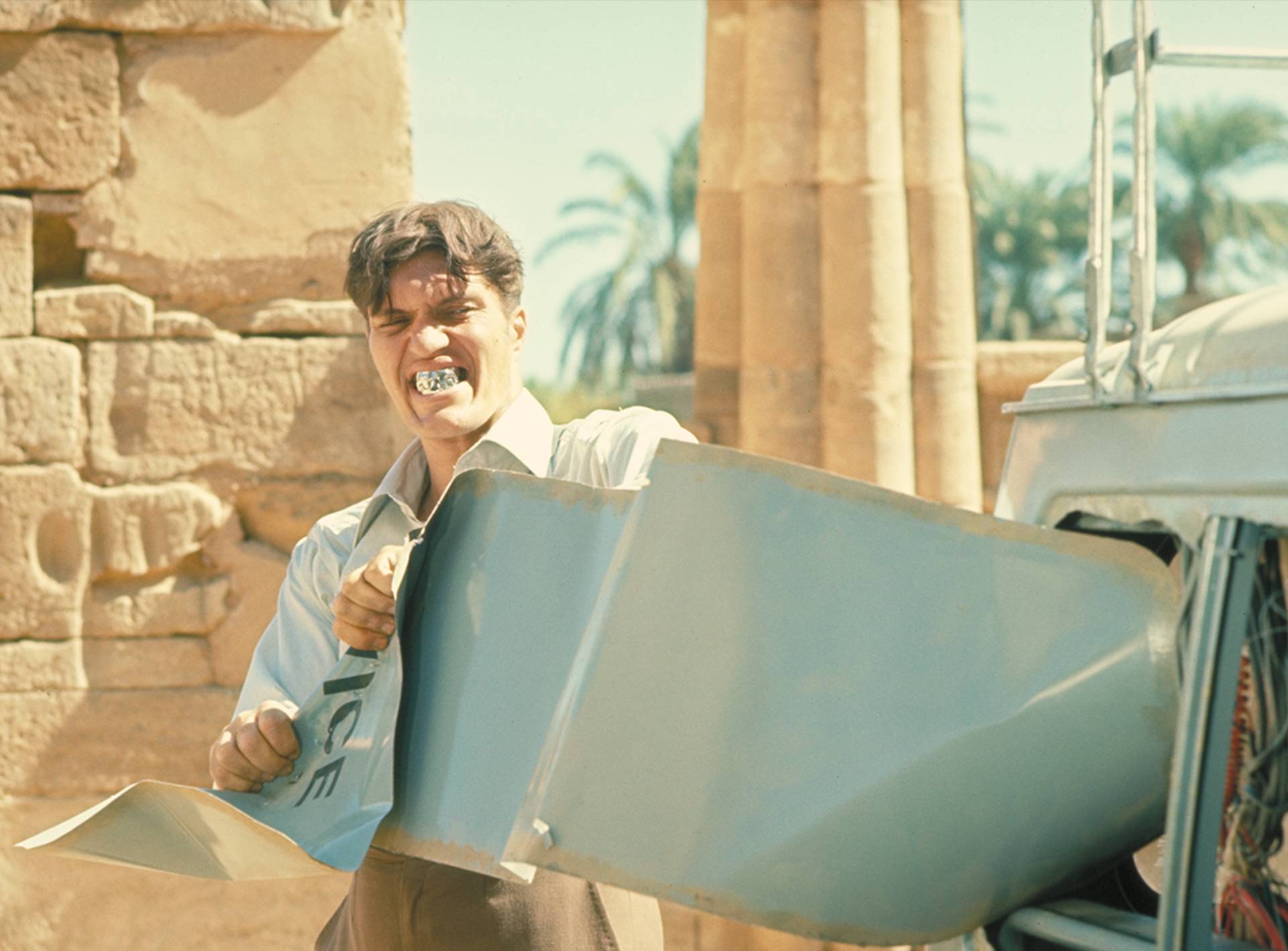 The seven foot two inch man mountain with steel teeth first appears in The Spy Who Loved Me as Karl Stromberg’s enforcer. Jaws initially attempts to obtain a microfilm of the plans of Stromberg’s submarine tracking system from Max Kalba in Cairo. After James Bond and Mayor Anya Amasova steal the film, Jaws attacks them on a train but Bond kicks him out of the window. He tries again in Sardinia but is again unsuccessful. Later in Stromberg’s Atlantis base, Bond uses an electromagnet to lift Jaws by his teeth and drop him into a shark tank. Somehow he survives.
In Moonraker, aerospace mogul Hugo Drax, hires Jaws to work for him. Jaws attempts to kill Bond at the Rio Carnival and then again on the cable cars at Sugarloaf Mountain. Jaws crashes at high speed into the control station where having emerged from the rubble he meets Dolly and the pair immediately fall in love.
Jaws travels with Drax to his secret rocket base where he helps with security issues (including chasing Bond over a waterfall). Then with Dolly he travels to Drax’s space station where he realises if Drax succeeds with his plan to repopulate the earth with beautiful people he and Dolly will be eliminated. He switches side and fights Drax’s men to free a Moonraker shuttle so Bond and Holly can escape the exploding space station. When it looks like Jaws and Dolly will die in space, he opens a bottle of champagne and speaks his only words in the two movies, “Well, here’s to us.”