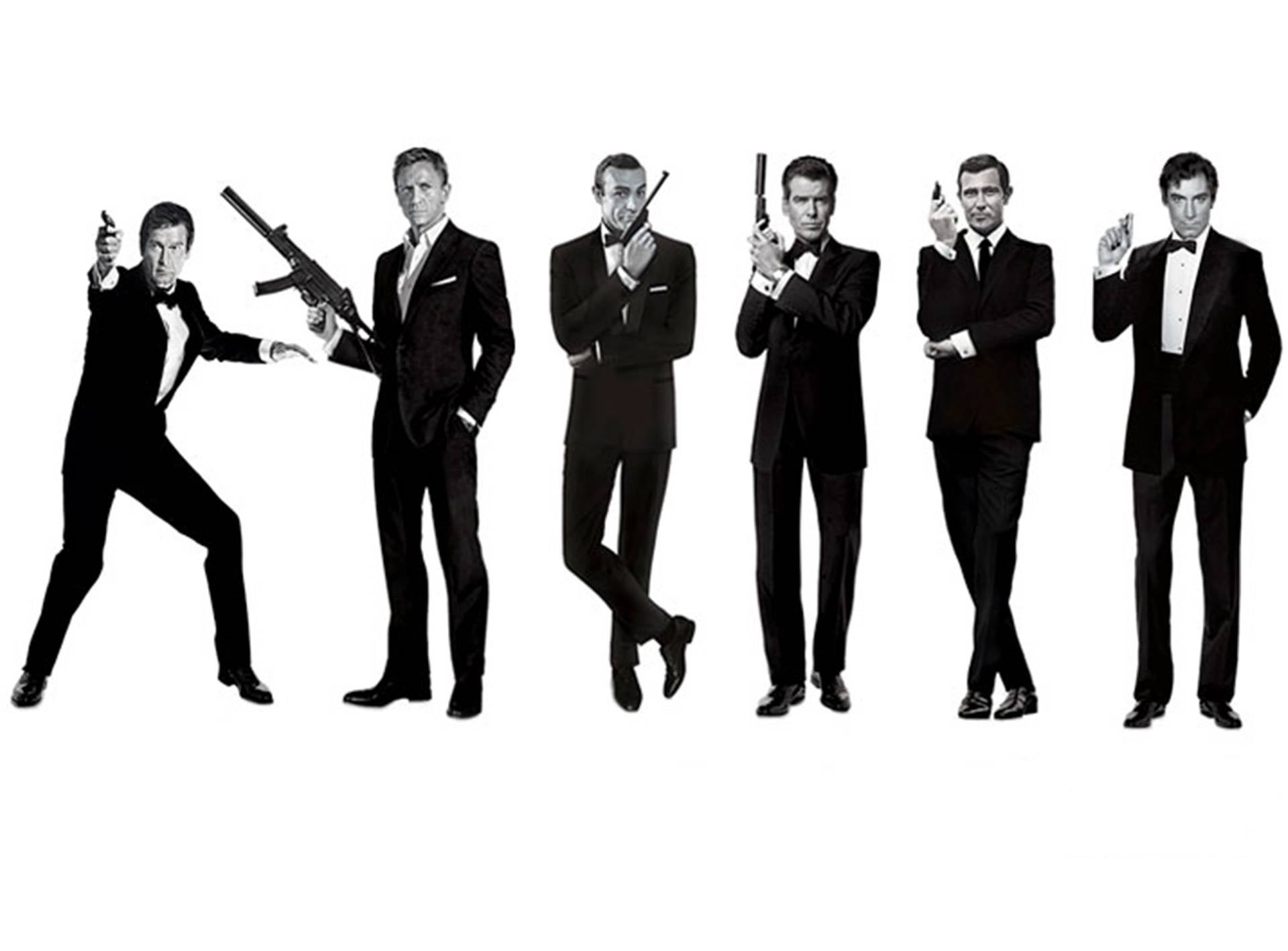 James Bond, Agent 007, Licensed to Kill, has starred in the longest-running and most successful movie franchise of all time, spanning five decades. Six different actors have brought their own individual qualities to the role of the ruthless, stylish superspy saving the world from evil.

The James Bond of Ian Fleming’s novels is a veteran of World War II, whose path to becoming a “00” agent is shaped by his work with Naval Intelligence. The Bond of the early films appears to have a similar background but is too young to have served in any serious capacity in World War II. By Casino Royale (2006), Bond’s character and history had been re-examined for the post-Cold War era.

Bond’s pre-espionage life in the Bond movies, briefly mentioned in GoldenEye, is not fully explored until 2012’s Skyfall. Skyfall informs us that Bond grew up at Skyfall Lodge in Scotland. When his parents, Andrew Bond and Monique Delacroix, were killed, the gamekeeper Kincade informed the young James of their deaths. Andrew and Monique were buried in the Bond family cemetery. In Spectre we discover that Hannes Oberhauser, a ski instructor and the father of Spectre villain Oberhauser, brought Bond up following his parent’s deaths.

Bond maintains his athletic abilities for one simple reason: his life depends on being in top physical condition. Bond possesses a high tolerance for pain and incredible stamina, two attributes not only vital to his survival, but also qualities that give him confidence in taking on new physical challenges. 007’s keen conditioning makes him a deadly foe on land, sea or in the air.

Costume designer Lindy Hemming, who has dressed Bond a number of times, commented: “When Bond enters a room, he has to have status. You have to believe he could enter a room anywhere in the world and be perfectly dressed for the occasion, but not stand out from his surroundings. He’s a kind of an elegant chameleon.” James Bond’s wardrobe redefined the look of a spy, swapping fedoras and trench coats, for finely tailored suits, stylish casual wear and sleek commando gear.

It takes a certain kind of actor to convince the world he is James Bond. Anyone can put on a dinner jacket, drive an Aston Martin and drink vodka martinis, but it takes more than being surrounded by 007’s props to look the world in the eye and convincingly say the words, “The name is Bond, James Bond.” Each actor must not only look the part, but also bring something to the role beyond the requisite good looks, sense of timing, and ability to portray grace under pressure. Each of the six Bond actors; Sean Connery, George Lazenby, Roger Moore, Timothy Dalton, Pierce Brosnan and Daniel Craig, have brought a unique personal touch to Ian Fleming’s “blunt instrument.”