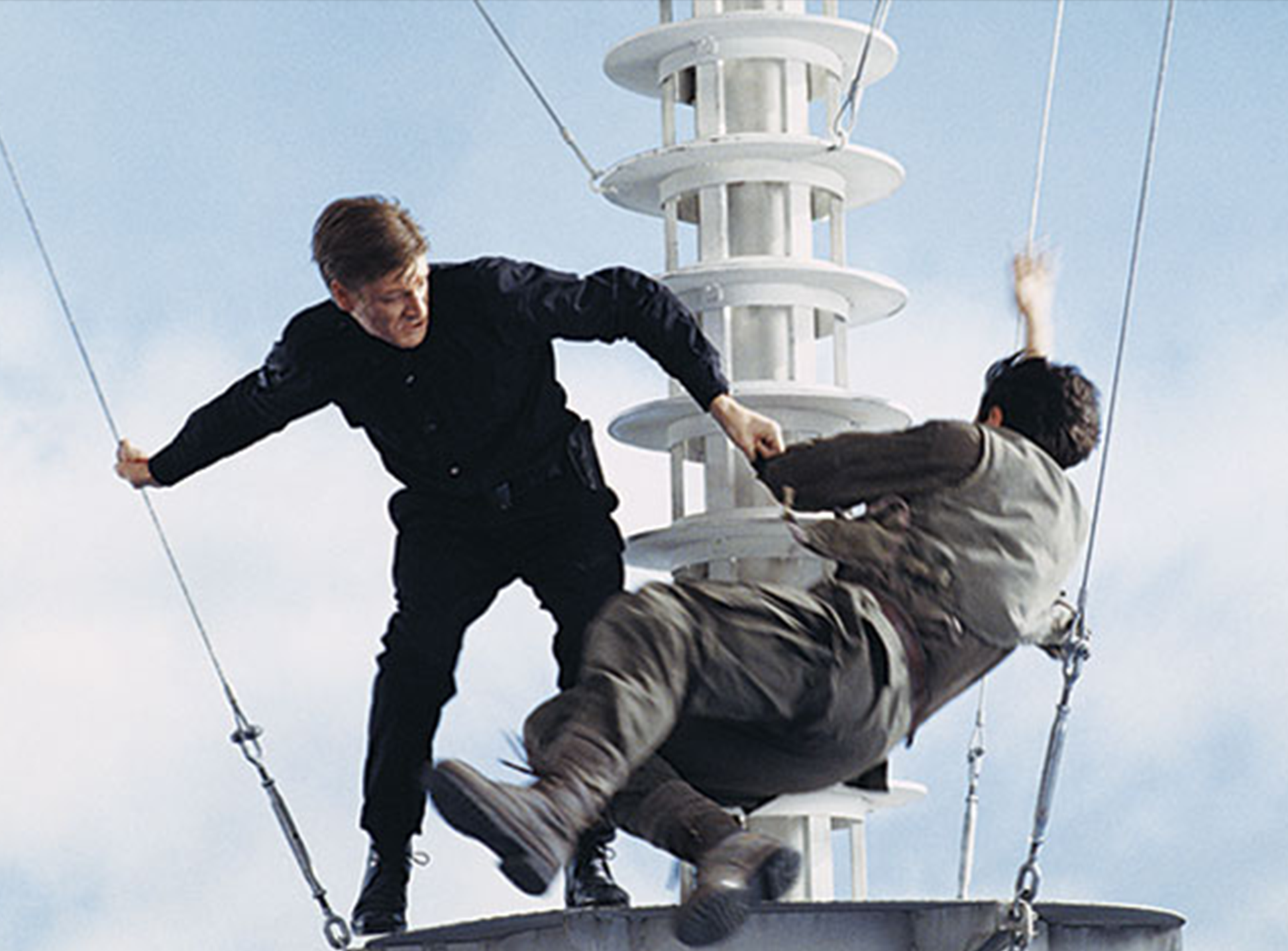 GoldenEye (1995) broke new ground for the series in many ways. It not only ushered in a new James Bond in the shape of Pierce Brosnan but also became the first 007 film to extensively utilise digital effects with 140 CGI shots alongside traditional special effects. This pioneering technology is prevalent in the film’s thrilling climax as Bond battles nemesis Alec Trevelyan (Sean Bean) atop the GoldenEye satellite dish in a battle to not only foil Trevelyan’s plot to rob the Bank of England by erasing its financial records but also to settle some keenly felt old scores.

For the exterior of the GoldenEye facility set in Cuba, the production found a suitably impressive satellite dish at Arecibo Observatory in Puerto Rico. On May 10 1995, the first unit started shooting scenes at the satellite centre before zeroing in on the showdown between Bond and Trevelyan. For the fight itself, director Martin Campbell drew inspiration from Bond’s fight with Red Grant on a train in From Russia With Love (1963). To achieve a similar level of intensity, Brosnan and Bean performed much of the action themselves.

“The fight scene goes on and on and on,” recalled Bean. “It’s a hell of a showdown. It’s not just about fighting. It’s seeing it in their eyes as much as anything — seeing the link between them and their having to fight to the death.”

Although the Arecibo Observatory was among the largest spherical radar-radio telescopes in the world, the script called for it to be submerged under a lake. Miniature effects supervisor Derek Meddings’ team built a 1/20th scale model of the dish but, because the real structure was so enormous, it still measured 50 feet across. The landscape model surrounding the miniature was about 100 feet across.

Digital-effects technology was also employed to augment the miniature work. The Arecibo dish was built out of very thin, perforated metal suspended on cables which meant it could not support actors. So the production recreated the structure against green screen at Leavesden Studios.

“There is a danger that the traditional techniques which in many cases are sometimes equally appropriate or more cost effective will be ignored,” said visual effects coordinator Mara Bryan. “This was certainly not the case with GoldenEye, where special and visual effects employed almost every known technique old and new. It was very exciting to be a part of it.”