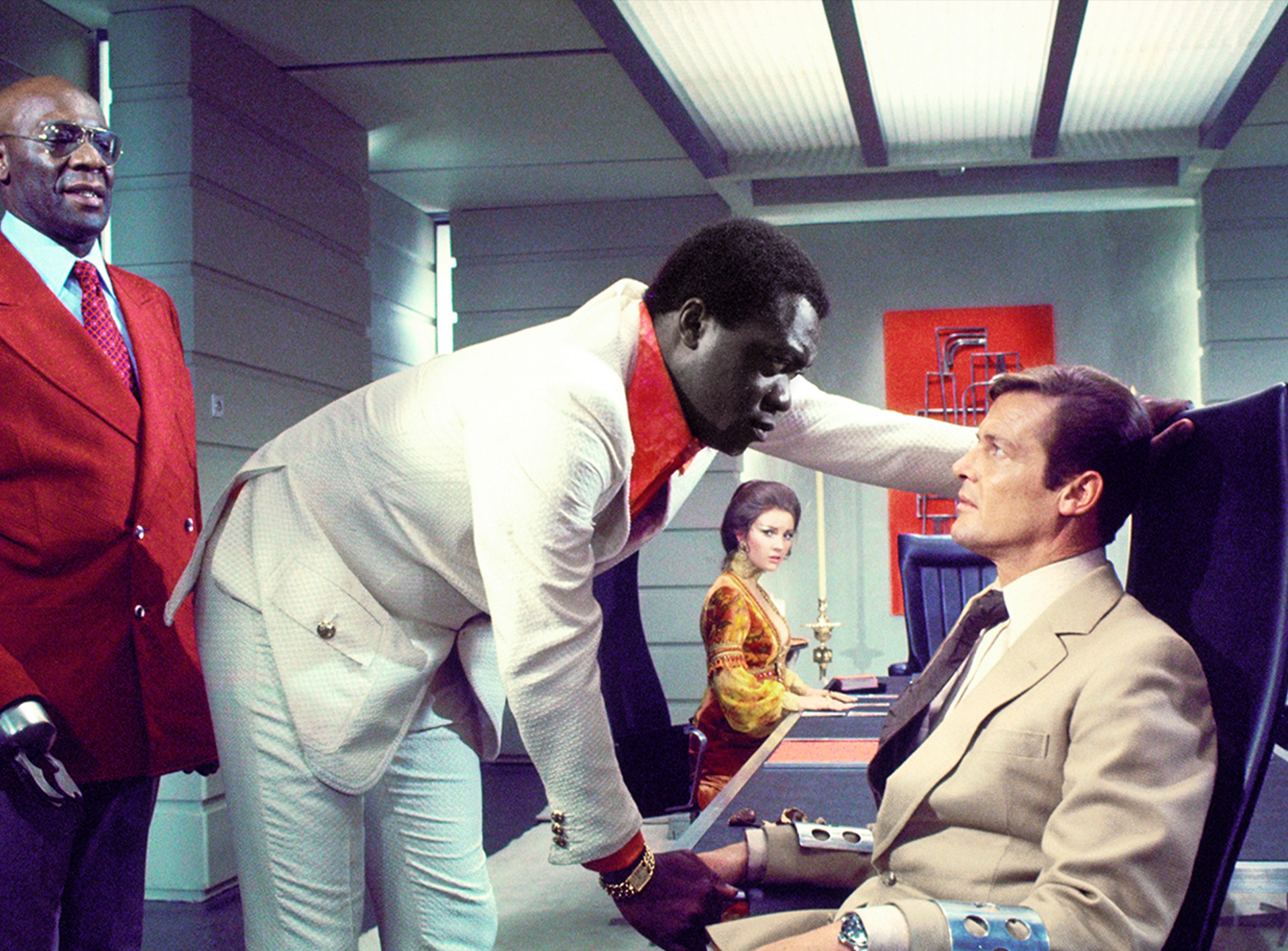 Ambitious, superstitious and contemptuous, Live And Let Die’s (1973) Dr. Kananga (Yaphet Kotto) is the prime minister of the Caribbean nation of San Monique. Yet he leads a double life as Mr. Big, underworld boss and head of the chain of Fillet of Soul clubs. Creating a pipeline for heroin into the US, his devious plan is to flood the country with opiates and then monopolise the drug market.

Kananga fosters a belief in Voodoo among the local population. He employs Solitaire (Jane Seymour), a high priestess of Obeah (the Caribbean folk religion that includes spells, tarot card reading and black magic), cutting her off from the outside world so she only serves him. Kananga is also in league with a man who considers himself the human embodiment of Baron Samedi (Geoffrey Holder), chief of the legion of the dead and perhaps the most feared figures in voodoo culture.

James Bond (Roger Moore) is called into investigate Kananga following the assassination of three agents — Dawes (James Drake) at the United Nations, Hamilton (Robert Dix) in New Orleans and Baines (Dennis Edwards) in San Monique. 007 travels to New York and immediately survives an attempt on his life. Bond meets Kananga disguised as Mr. Big at the Fillet of Soul club and tracks him to San Monique.

On the island, Kananga has his CIA insider Rosie Carver (Gloria Hendry) lead Bond into a death trap. Bond suspects Rosie is working for Kananga and she is killed before she reveals the truth. Bond escapes with Solitaire, whom he has seduced, and flies to New Orleans. Kananga captures the pair and reveals his identity and his plan: he exploits the San Monique locals through their fear of Baron Samedi and distributes opiates for free through his Fillet of Soul restaurants. He is also distraught Bond and Solitaire have slept together, her clairvoyant powers linked to her virginity. He turns Solitaire over to be sacrificed.

Bond escapes again (evading death by crocodile), destroying Kananga’s processing plant along the way. Kananga returns to San Monique and stages a massive sacrificial ceremony, using the execution of Solitaire as bait. It tempts 007 but not only does Bond rescue Solitaire, he also blows up Kananga’s poppy fields, and seemingly kills Baron Samedi in the process.

Bond and Solitaire escape into Kananga’s underground lair but are captured. Kananga ties them to a platform and lowers them into a shark pool. Bond frees himself and battles with Kananga. They fall into the shark pool but Bond shoves a compressed air shark pellet into Kananga’s mouth causing his body to fill up with carbon dioxide gas. Moments later, he literally explodes into smithereens, leaving Bond to quip, “He always did have an inflated opinion of himself.”