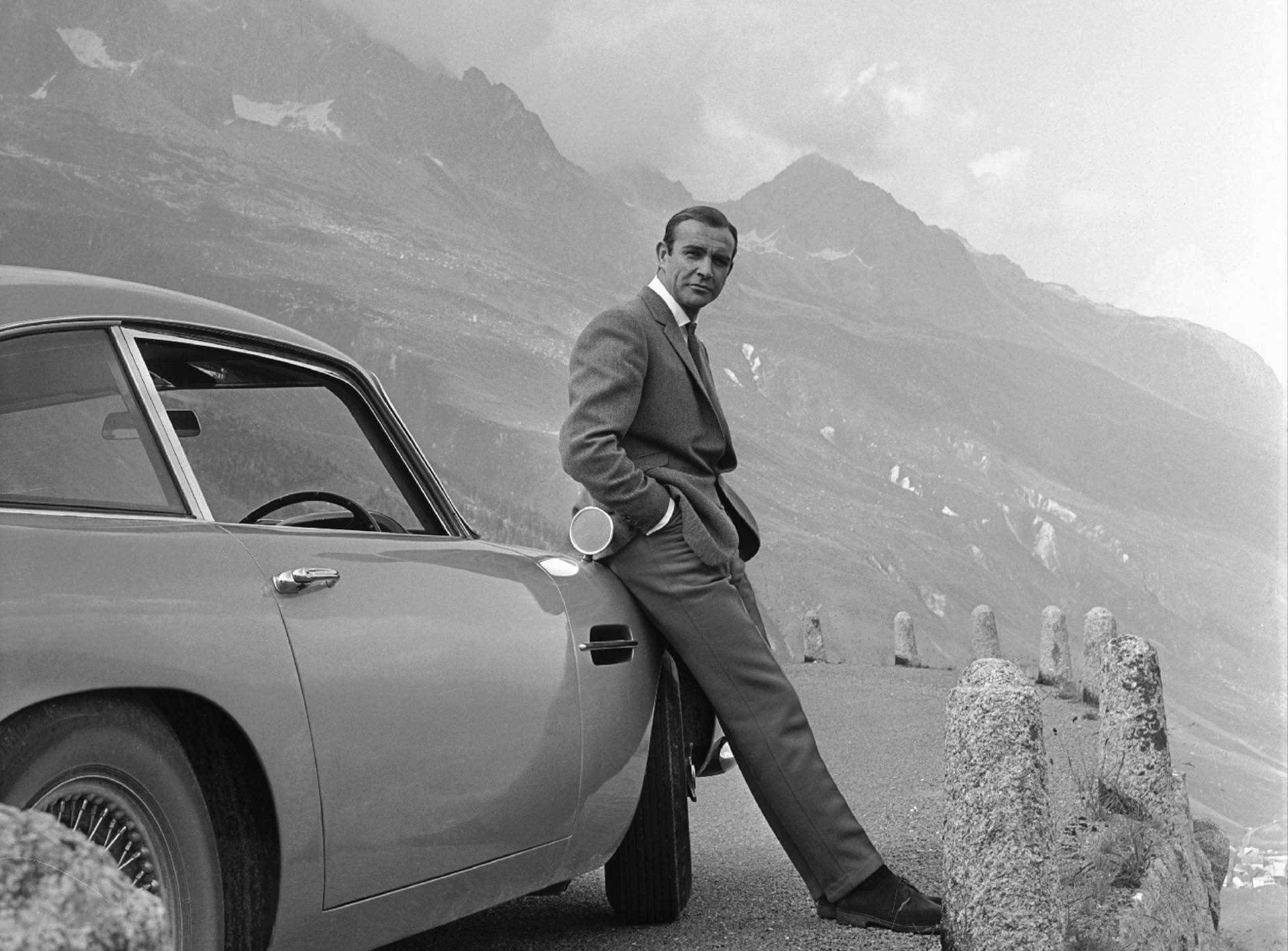 No car is more closely identified with 007 than the Aston Martin DB5. It had a production run of only 1,023 cars and was produced between 1963 and 1965 – the DB5’s essential Britishness, bespoke craftsmanship, sleek, classic styling, made it a perfect fit for James Bond.

Ian Fleming’s Goldfinger novel specified that Bond drive a gadget-laden Aston Martin DB Mark III for the chase across Europe. The Mark III was introduced in 1957, the year before Fleming wrote Goldfinger. In preparation for the filming of Goldfinger, production designer Ken Adam and special effects’ John Stears visited Aston Martin Lagonda to make a deal with them for a car. On their visit they fell in love with the DB5 prototype and managed to secure it for the movie.

Production received just one car for the gadgets, no standbys, so it took some incredible work from the special effects team to fit them all into the confined space. John Stears said the first thing he did was make the hole for the ejector seat; “I marked it out, and taped off the roof of this beautiful car. I looked at it, went away and had a cup of coffee, came back, and got the drill, and drilled the hole.” Director Guy Hamilton claimed the revolving number plates were his input, saying wouldn’t it be “absolutely marvellous to collect a parking ticket and then juggle the number plate and drive off.”

Q shows the rest of the gadgets to Bond in his lab and Bond goes on to use many of these throughout the film. He uses the tracking system to follow Goldfinger’s Rolls Royce, the tire scythe to disable Tilly Masterson’s car, the smoke screen and oil slick functions to help him escape Goldfinger’s compound, protects himself with the rear bulletproof screen and ejects a guard riding with him out of the roof.

The DB5 returned in Thunderball, repaired after Bond’s crash in Goldfinger but then didn’t appear for another 30 years until GoldenEye. A version of the iconic car was also featured in Tomorrow Never Dies, The World Is Not Enough, Casino Royale, Skyfall and Spectre.

You can see 007’s Aston Martin DB5 at Bond in Motion at the London Film Museum. http://londonfilmmuseum.com