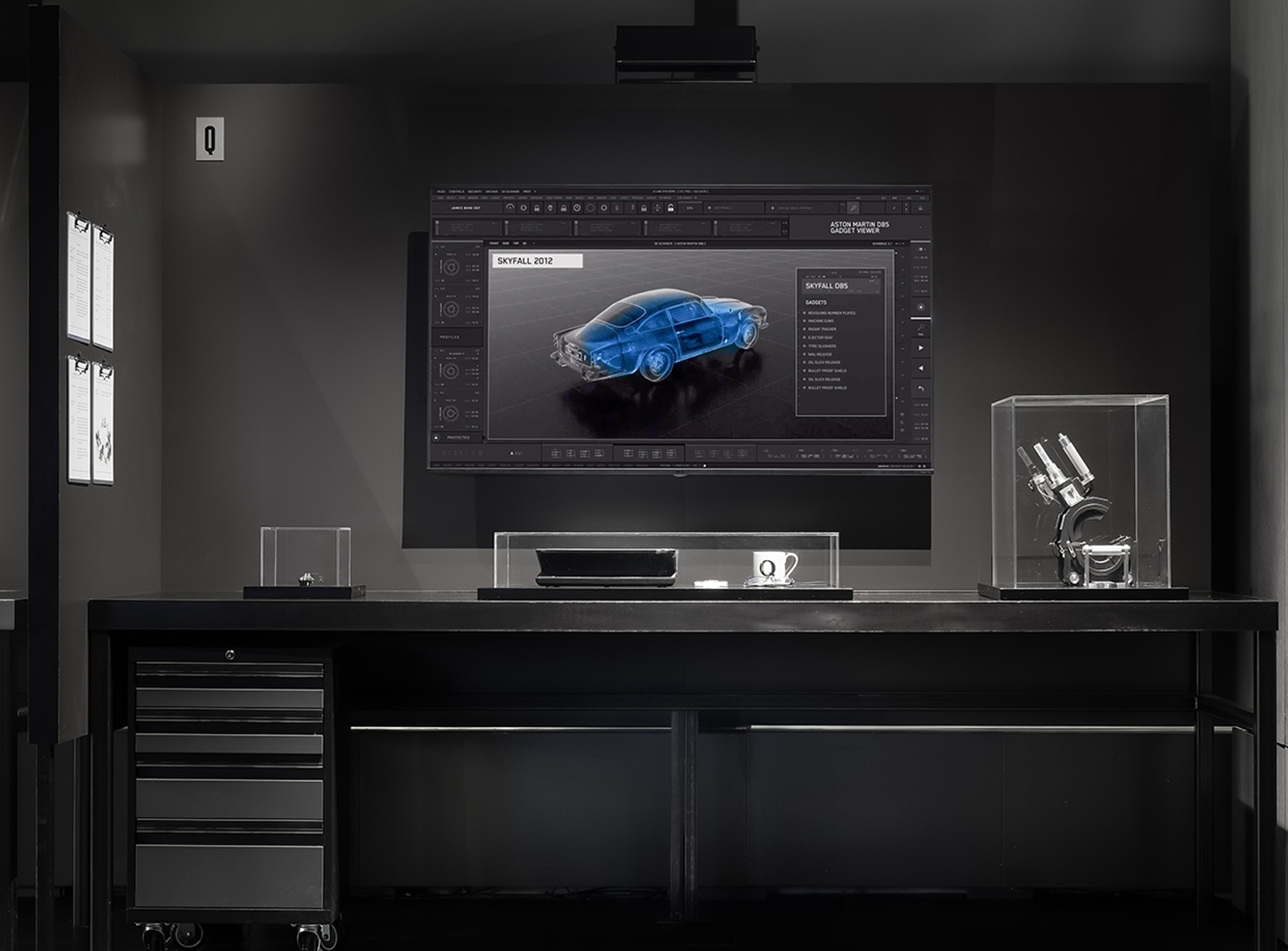 It is particularly apt 007 x SPYSCAPE: DRIVEN is located in New York. The Big Apple has numerous links to the 007 series. It provided the backdrop for Bond’s adventures in Live And Let Die (1973), is a potential target for Ernst Stavro Blofeld in Diamonds Are Forever (1971) and during Spectre (2015), when Bond turns on the music in 009’s Aston Martin, he is greeted by the strains of Frank Sinatra’s anthemic ‘New York, New York.’

007 x SPYSCAPE: DRIVEN takes the guest through a number of James Bond inspired rooms. The Immersion Room, focusses on Richard Brownjohn’s title sequence for Goldfinger (1964), and uses an imaginative soundscape and sophisticated projection mapping onto a sculptural installation to transport you fully into a dream-like Bond environment. For the more technically minded, delve into an interpretation of Q’s Workshop. The space is dominated by Bond’s beloved Aston Martin DB5 and contains its’ blueprint plans, designs and legendary gadgets.

Sir Ken Adam’s Studio, celebrates the work of the visionary production designer behind many of Bond’s most famous sets in the ‘60s & ‘70s — including Fort Knox in Goldfinger (1964), Blofeld’s volcano base in You Only Live Twice (1967), the submarine supertanker in The Spy Who Loved Me (1977) and the space station in Moonraker (1979). Sir Ken Adam was also the mastermind behind the gadgets that featured on the Aston Martin DB5, first seen in Goldfinger (1964)

The Production Room displays a peek behind the scenes of the finale of Skyfall when Silva (Javier Bardem) orders his helicopter gunship to open fire on Bond’s DB5 and then his ancestral home. See the filmmaking process brought vividly to life with insights from key members of the production team and a stunning 1/3 scale model of Skyfall Lodge and the actual 1/3 scale burned-out car from the film. Finally, a compilation of memorable Bond moments with his DB5 is featured in The Screening Room.

Tickets are available at spyscape.com/007. Tickets for adults are $23 and children are $18.