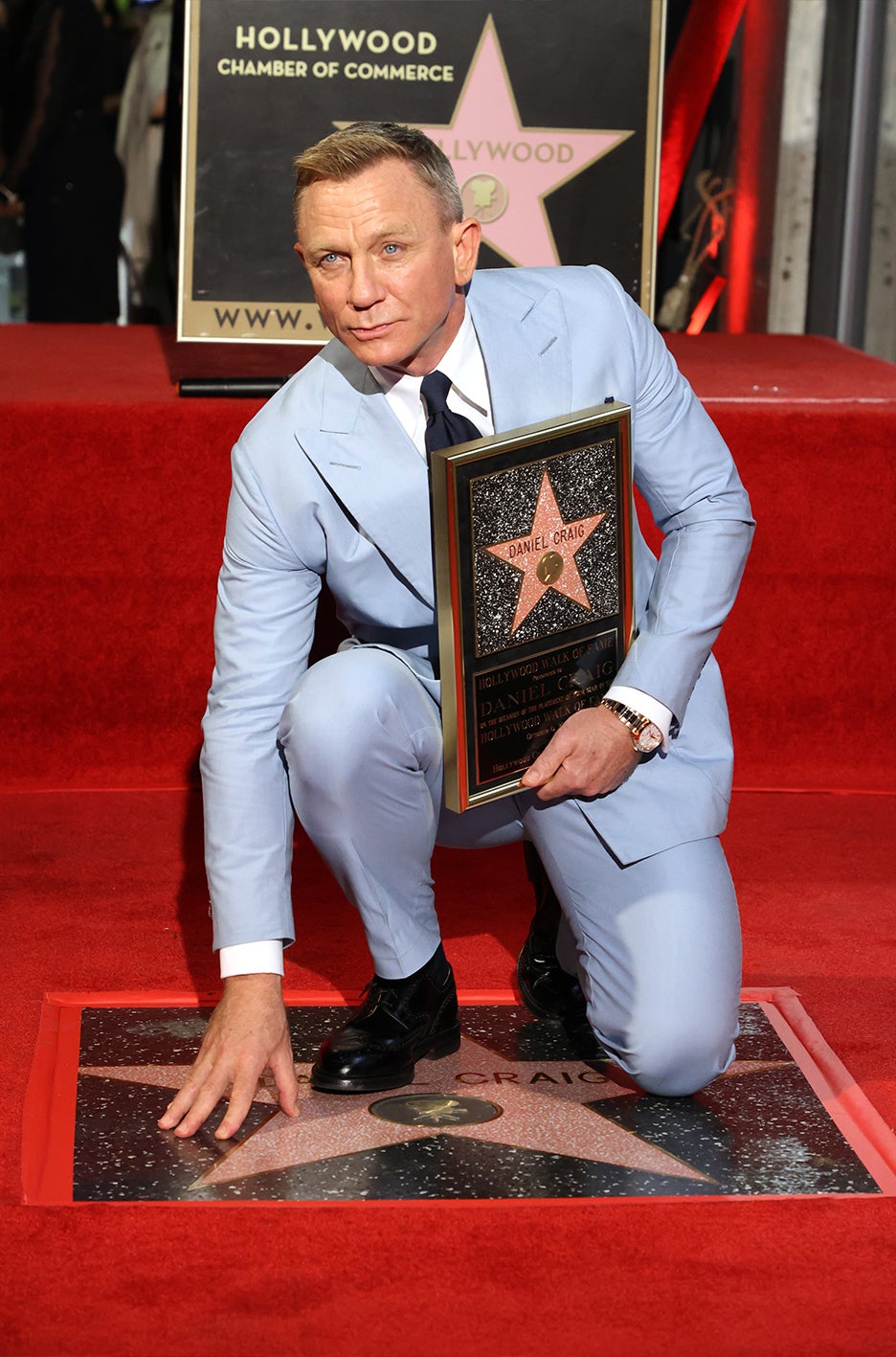 Daniel Craig has been honoured with a star on Hollywood’s Walk of Fame. The unveiling ceremony took place on 6th October, with Daniel Craig joined by Bond producers Michael G. Wilson and Barbara Broccoli and his No Time To Die co-star Rami Malek.

The new star is fittingly situated outside 7007 Hollywood Boulevard and is next to the star honouring Sir Roger Moore and just a block away from Cubby Broccoli’s.

“To Michael Wilson and Barbara Broccoli, I thank you from the depths of my heart,” said Craig at the ceremony. “Without you I would not be here today. I never thought I would hear myself say this, but it’s an absolute honour to be walked all over in Hollywood.”