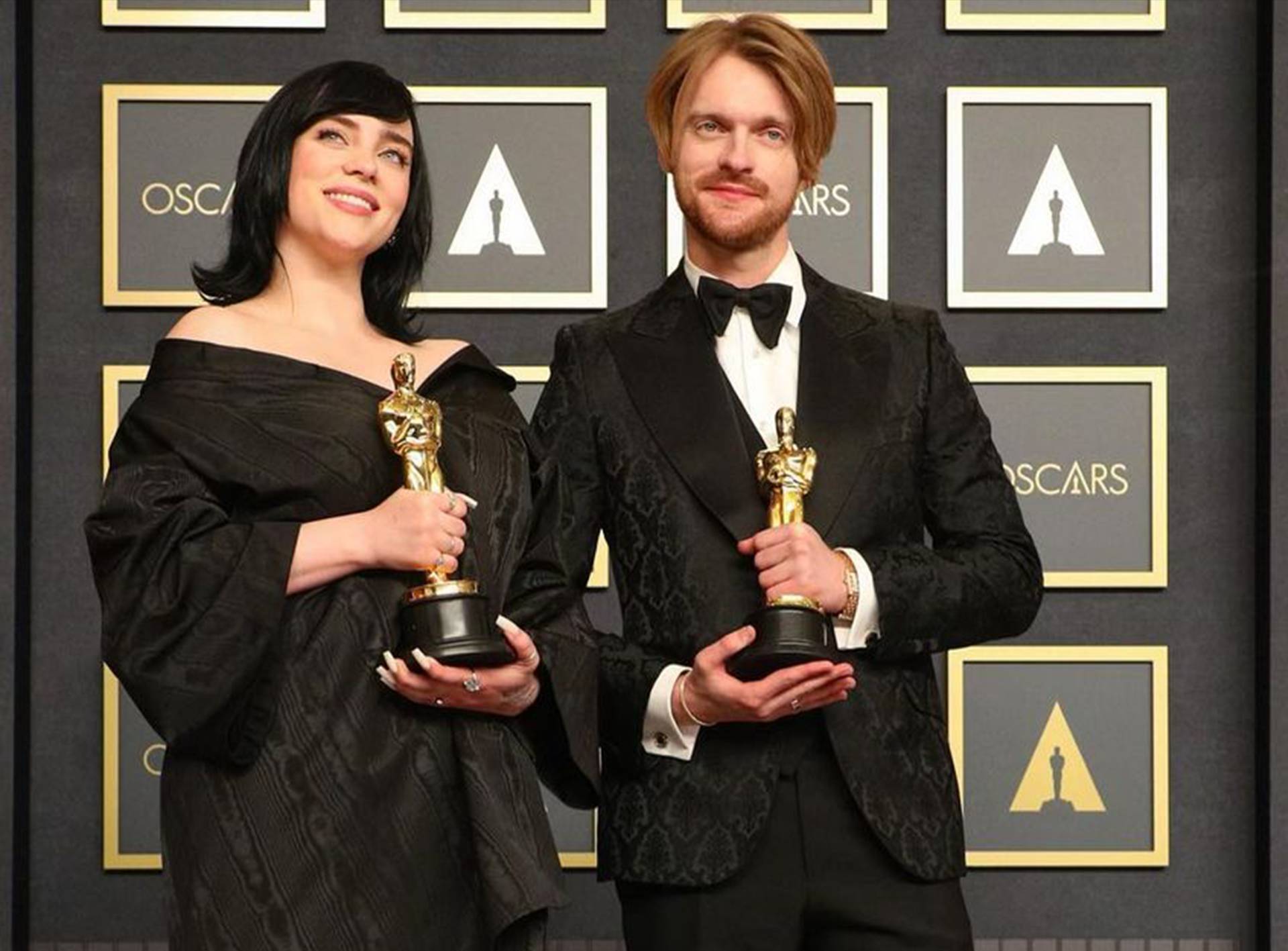 The 94th Academy Awards took place on Sunday at the Dolby Theater in Hollywood, California. It was a night to remember for Billie Eilish and FINNEAS as they collected the award for Original Song from The Academy of Motion Picture Arts and Sciences.

In accepting the Oscar, Billie Eilish said “Oh my gosh this is so unbelievable. I could scream. Thank you to our 007 family Barbara Broccoli, Michael G. Wilson, MGM, Cary Fukunaga, Daniel Craig.”

Eilish thanked their musical partners including Hans Zimmer. “To Hans Zimmer, who’s not here but is so amazing, Steven Lipson, Johnny Marr for taking our song and making it worthy of James Bond.”

FINNEAS added “We want to thank our parents who have always been our biggest inspirations and our heroes, and we love you as parents and we love you as real people too. Thank you so much. To the Academy. We promise not to lose these.”

No Time To Die is the most streamed Bond song ever with over 1 billion global streams. The song has gone platinum in US, UK, Australia and Canada. It’s also the third consecutive Academy Award for 007 films for Best Song following on from Adele’s win for 2012’s “Skyfall” and Sam Smith’s success for “Writing’s on the Wall” in 2015 from Spectre.

Billie Eilish and FINNEAS add the Oscar statue to their continued success with No Time To Die. The brother and sister duo have also won a Grammy, Golden Globe, Critics Choice and Society of Composers & Lyricists awards for No Time to Die.