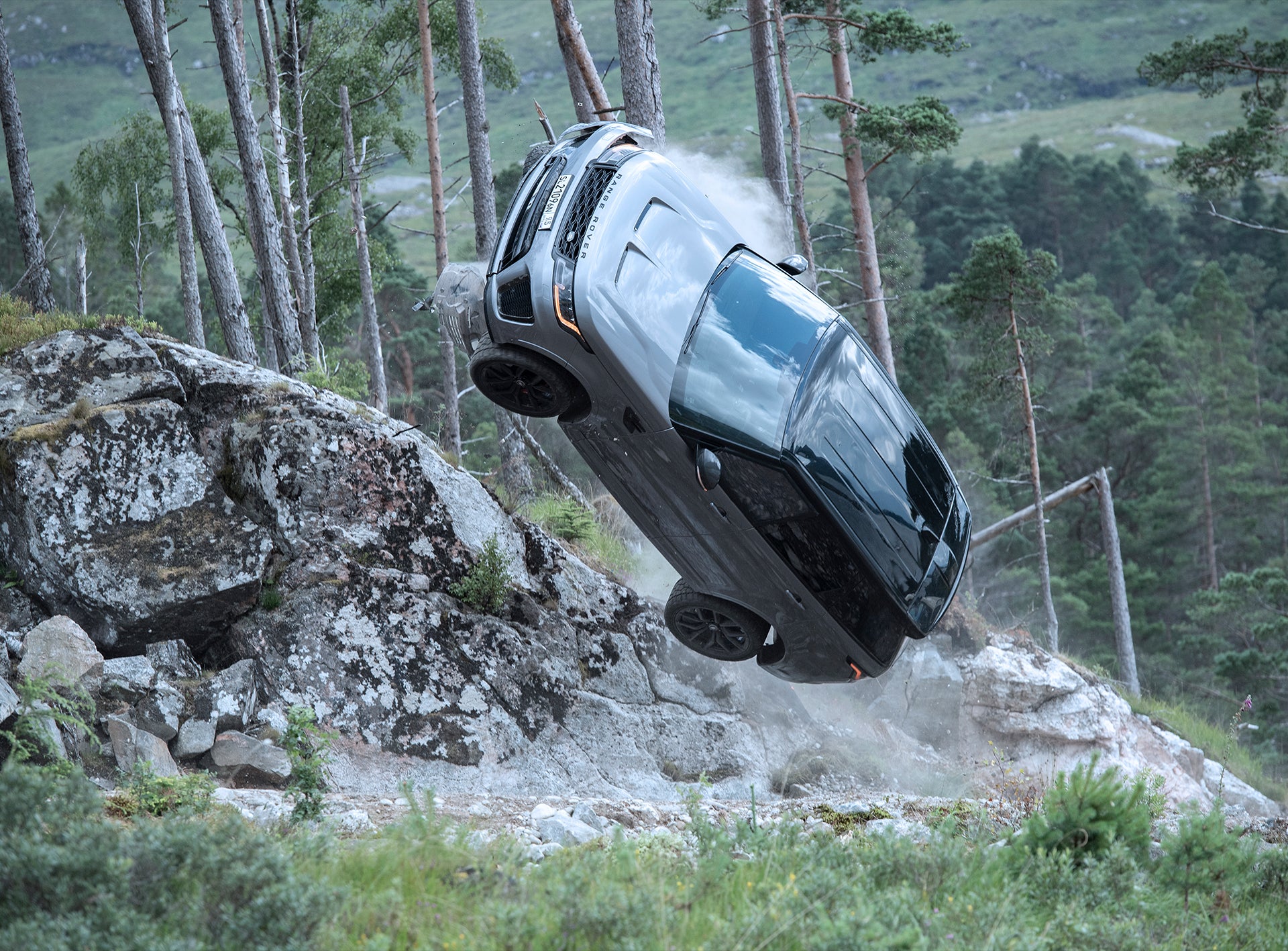 The Range Rover Sport SVR goes off-road to pursue James Bond in the latest behind-the-scenes look at No Time To Die, in cinemas from September 30.

The action vehicles and stunt professionals on the new James Bond film pushed the most powerful Land Rover ever made to extremes. The new video gives a taste of the high-speed action as the team explain why Range Rover SVR was perfect for the job.

Morrison said: “I was really keen to shoot a Bond chase sequence off-road, in a really challenging environment and the Range Rover Sport SVR was the perfect choice for this part of the story. We shoot everything for real so we’ve pushed it to the absolute maximum and the pursuit promises to be one of the memorable set-piece moments of the film.”

The Range Rover Sport SVR takes luxury performance to new heights with enhanced driving dynamics and a powerful 575PS supercharged V8 engine, making it the perfect choice for the role. It can accelerate from 0-100km/h in 4.5 seconds (0-60mph in 4.3 seconds) and has a top speed of 283km/h (176mph), making it the fastest ever Land Rover.

No Time To Die will feature a Range Rover Classic alongside three Defenders and a Series III Land Rover. See the film in cinemas from September 30.