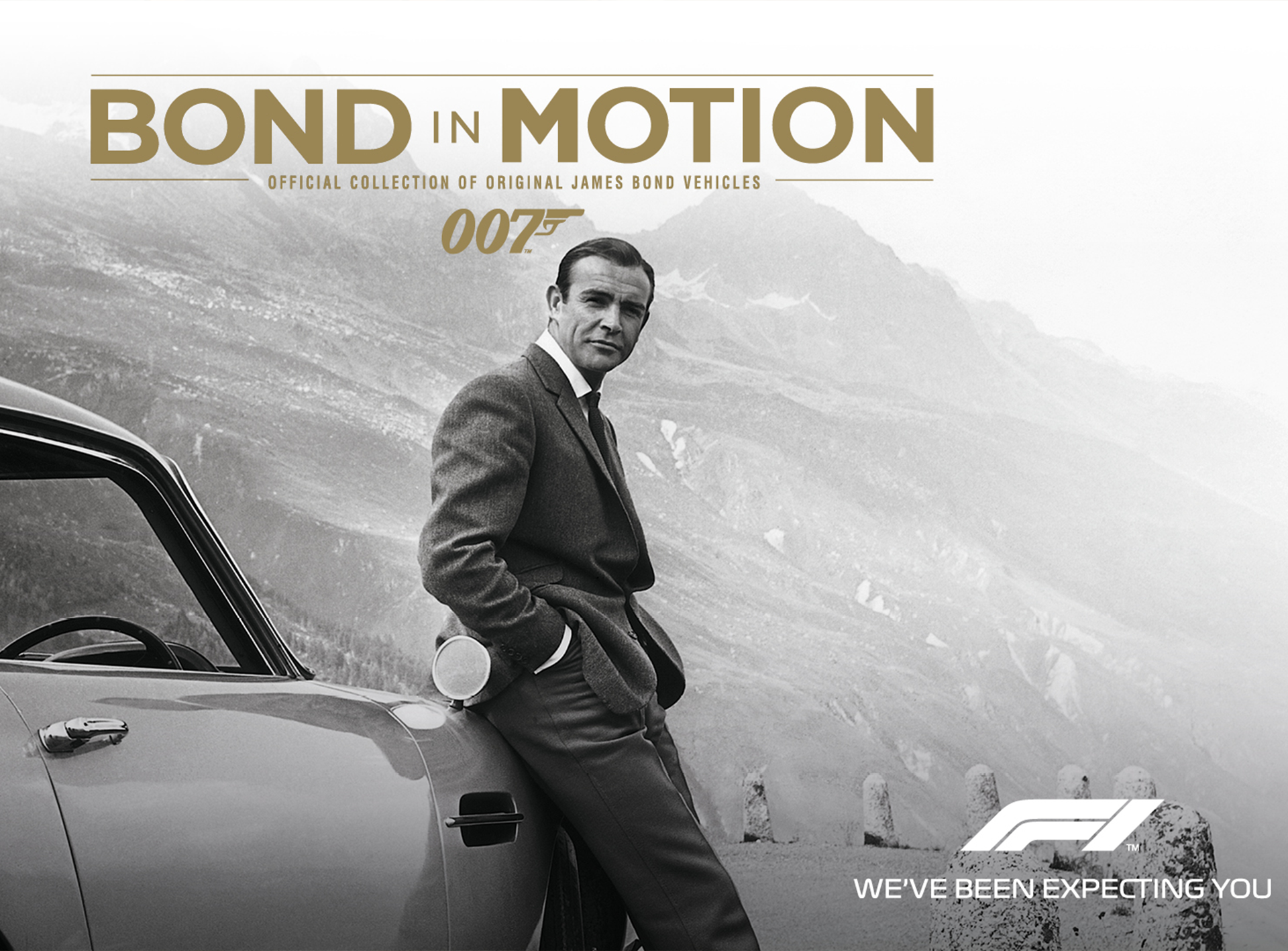 An exclusive touring version of the Bond In Motion exhibition will visit six selected European Formula 1 Grand Prix this year starting in Austria and culminating in Italy for the final race of the season. The exhibition will showcase 12 cars which span the six decades of Bond history from Goldfinger’s 1937 Rolls-Royce Phantom III to Spectre’s Aston Martin DB10.

F1 ticket holders will gain exclusive free entry to the exhibition when they pre book via Event World www.eventworld.com/en/