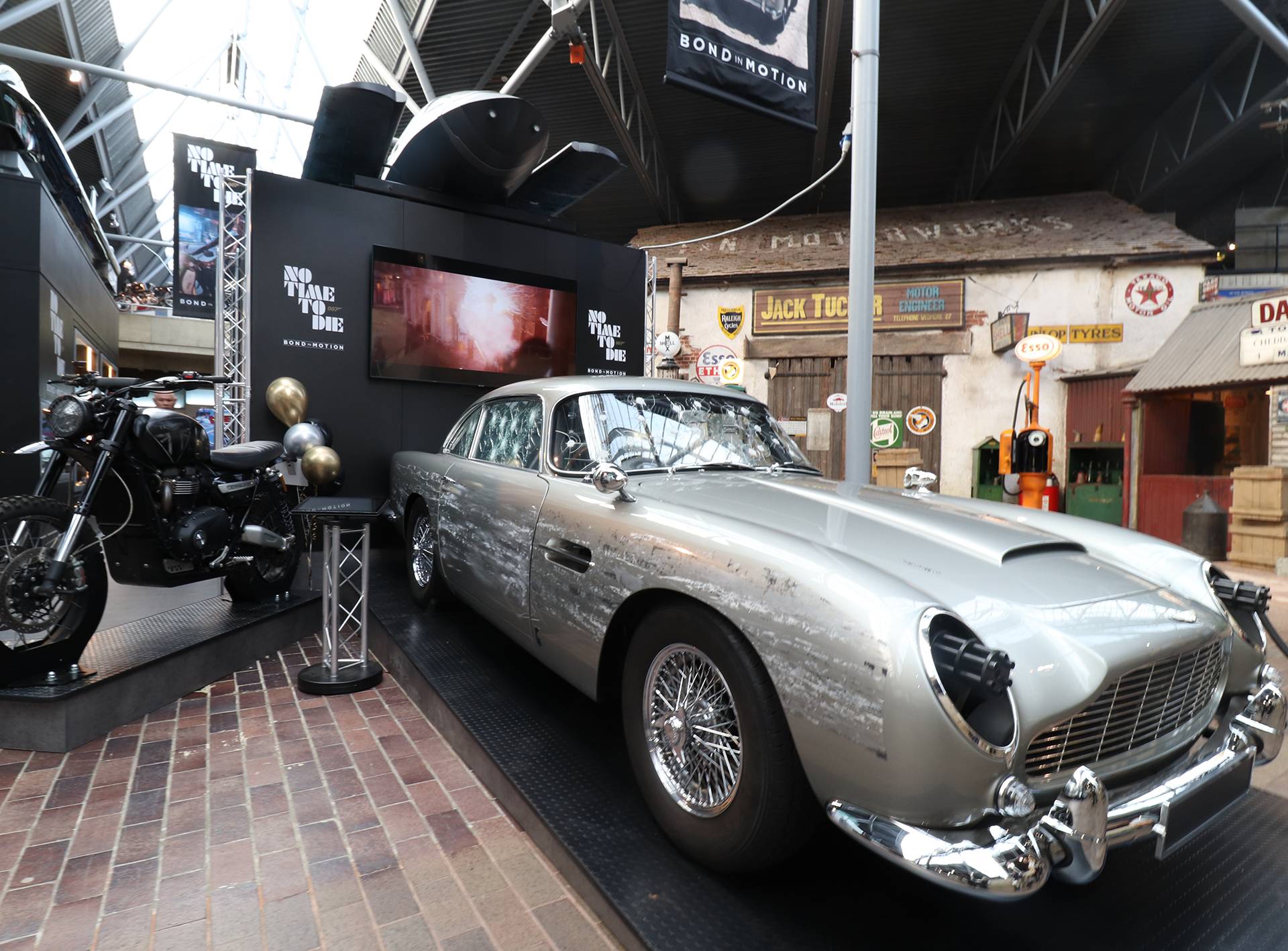 Bond Special Effects Supervisor Chris Corbould and Lord Montagu officially opened the new Bond in Motion – No Time To Die exhibition at Beaulieu, the National Motor Museum. Together they unveiled a collection of vehicles, gadgets and costumes from No Time To Die, curated by Bond Archivist Meg Simmonds.

Tickets are available at www.beaulieu.co.uk.