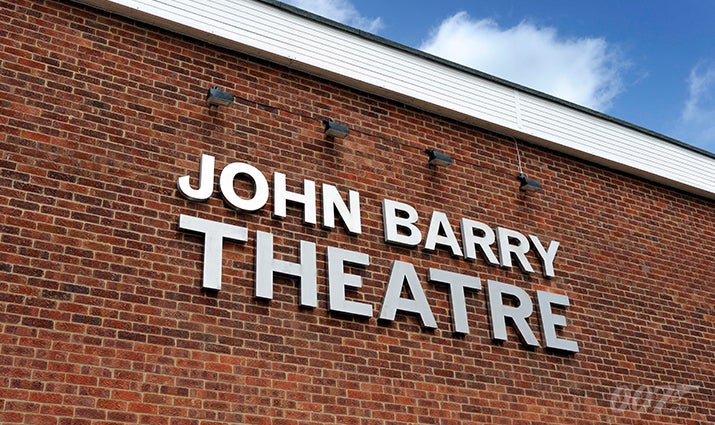 Theatre 7 at Pinewood Studios has been renamed the JOHN BARRY THEATRE in memory of the legendary Bond composer. The new name was unveiled in a ceremony held on Friday 20th June attended by members of the Bond franchise. John Barry scored 11 Bond films, including FROM RUSSIA WITH LOVE, GOLDFINGER and YOU ONLY LIVE TWICE.